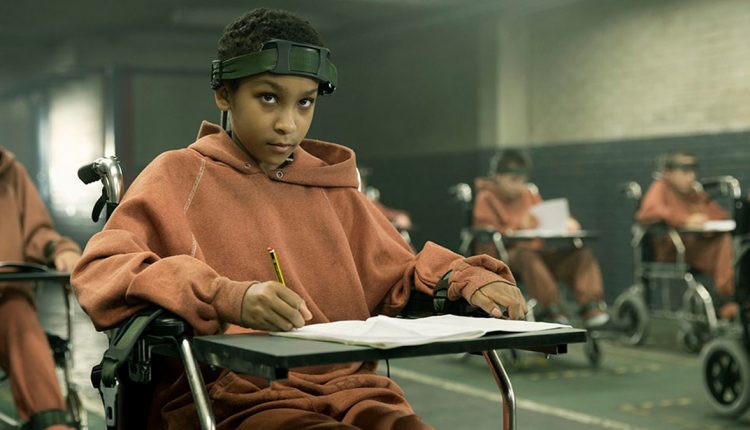 I first heard about The Girl With All The Gifts a few years ago, when picking up a few last Christmas gifts for my wife. It was recommended to me by a staff member in Waterstones, after I’d enquired about some of the recent popular choices I may have been unaware of.
“What’s it about?” I asked, when the title was offered to me.
“It’s a zombie story,” the staff member replied.
“Ohhhhh,” I said, “my wife doesn’t enjoy anything to do with zombies, not really. That’s more my area of interest.”
“But it’s not just a zombie story. It’s about more than just zombies, and it’s a really good story that I think most readers get drawn into. It’s got a strong emotional core. She’ll thank you for it.”
I bought the book. My wife received it on Christmas Day. Like many books, it sat on our shelves for some time (same as the movies, we’re always wading through a backlog). And when she finally got to it? Yep, she really enjoyed it. Which is a very convoluted way of me telling you that this movie is a zombie movie that brings a lot more to the table than your standard zombie movie.

Mike Carey has adapted his own novel into script form, and Colm McCarthy is the sure hand in the director’s chair (having built up an impressive résumé with a selection of popular TV work and a sorely-overlooked British horror movie, Outcast). The end result is a smart horror movie that nicely mixes in some real drama with the requisite moments of visceral terror.

The plot is almost a standard one. After an area is overrun by zombies, a small group of survivors try to make their way to a point of safety. The big twist is that this particular group includes a young girl (Melanie, played by Sennia Nanua) who is actually as dangerous, if unrestrained, as any of the other “hungries”, the name given to these particular flesh-munchers. The rest of the group consists of a few soldiers (Paddy Considine, Anthony Welsh, and Dominique Tipper), a doctor (Glenn Close), and a teacher (Gemma Arterton). Can they make it to safety, and can they trust their young captive during the times when they may actually need her help?

Anchored by a flawless performance by Nanua, who I hope to see in many more roles after this one, The Girl With All The Gifts is also elevated by the rest of the central cast members. Arterton and Close are almost two different sides of a coin, both protective of their prisoner for different reasons, and they’re very good in their roles. Welsh and Tipper also do well, although nobody does as good a job as Considine (which, let’s face it, is so often the case). Playing arguably the most unpleasant character, Considine excels as he shows believable character development in line with the unfolding plot developments. McCarthy and Carey give him plenty of support, and the third act allows for some wonderful, and fully deserved, moments between his character and Melanie.

I’ve said it far too many times in my lifetime already but it bears repeating, every time people start to discuss the possible death of the zombie subgenre we tend to get another great film to disprove that notion. This is the latest. Carey has crafted an interesting story, putting his own spin on this particular archetype, and McCarthy directs in a way that perfectly complements the material. The end result is recommended to both zombie fans and non-zombie fans alike.

The Girl With All The Gifts is released today on Bluray, here in the UK.