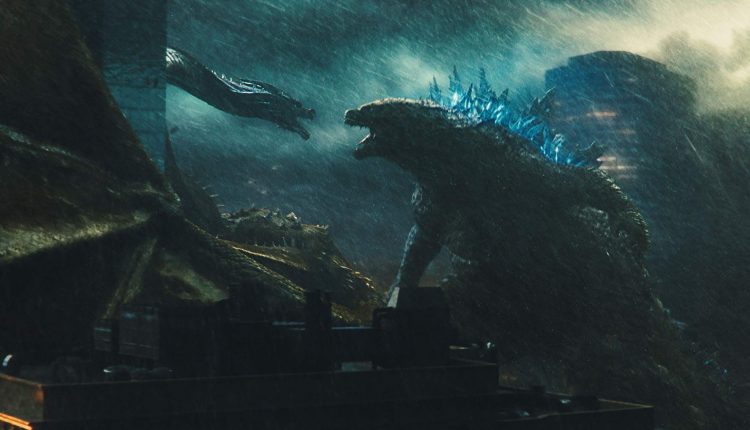 With Trick ‘r’ Treat director Michael Doughtery taking over from Gareth Edwards, Godzilla: King of the Monsters follows the efforts of the crypto-zoological agency Monarch as its members face off against several god-sized monsters, including Godzilla, who collides with Mothra, Rodan, and his nemesis – the three-headed King Ghidorah.

Although he has only directed three films, Edwards has established himself as a filmmaker that is confident with big-budget features. Following his departure from the production in 2016, it allows Doughtery to step in to make his first big-budget film.

With so much pressure to deliver on the success on the 2014 film, the sequel needed to up the scale on Edwards’ mammoth feature. With that in mind, the sequel features more of Toho’s classic monsters such as Mothra, Rodan and the three-headed King Ghidorah. Setting the stage for the most epic battle in Legendary’s MonsterVerse, it promises high-paced action.

However, it falls spectacularly short. Ranging from Kyle Chandler‘s embittered father and Bradley Whitmore’s unfunny crypto-monographer to Godzilla returnees Ken Watanabe and Sally Hawkins, the extensive list of characters don’t do much other than bicker about Monarch’s poorly maintained secrecy or argue about whether to help or kill the monsters. It is evident that each character has their own opinion about the Titans but the predictable narrative restricts them to being one-dimensional. When certain characters try and offer a serious spin on their motives (Vera Farmiga’s Emma Russell being a notable example), they just come across as laughable.

In addition, the film isn’t helped by Doughtery and Shields’ poor script. Containing a mash-up of overdramatic lines and needlessly long (and ludicrous) explanations, the dialogue strays into cliché territory. Needless to say, the already limited character development is abandoned as soon as the Titans take to the sky.

Considering that they are the real stars of Godzilla: God of the Monsters, not even they can help enhance the quality of the film. Imposing on-screen and chaotically animated, audiences don’t have the time to revel in the majesty of the Titans amid the melee of sky battles going on. Although Godzilla and Mothra do look quite astounding, the overall lacklustre quality down-scales the thrill factor of this supposedly high-paced action feature.

Due to these poorly developed elements, Godzilla: God of the Monsters fails to deliver on the promise of an epic monster film. Long gone is the thrill of seeing two formidable opponents face-off on screen – thanks to the machinations of its human characters, it ends up being another boring blockbuster that is not as good as the original.

Overall, Godzilla: God of the Monsters is fine – if you like ridiculous fun. If not, just avoid it as it is just ridiculous.

Godzilla: King of the Monsters is out in UK cinemas on Wednesday 29 June.