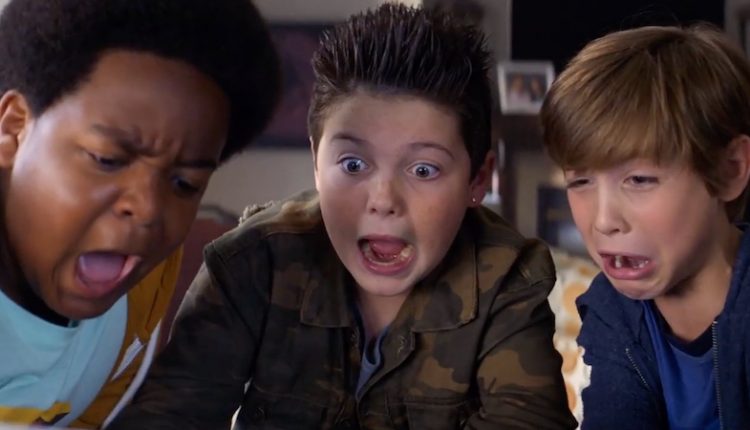 Let’s face it, the age of innocence is over. With Stranger Things and IT: Chapter One showing that modern child actors can be more than just children. Now, thanks to the directorial debut of The Office US writer Gene Stupnitsky, the coming-of-age comedy has now hit a new low – below PG-13, that is.

At first glance, it feels strange to hear children use grown-up dialogue but it’s indicative of the changing times. In addition to technology and social media now being the new form of communication, the internet has unlocked elements inaccessible to children 20 years ago. As a result, kids saying the ‘F’ word no longer has the shock factor.

Through Stupnitsky and longtime collaborator Lee Eisenberg’s profanity-filled dialogue, Good Boys highlights the pressures of being ‘a cool grown-up’. The duo cleverly instil a sense of relatability through the boys’ struggles, whether it is kissing and the impossible task of drinking beer. While the three leads deliver hilariously fearless performances, their collective confusion and blissful ignorance when it comes to sex and drugs create plenty of comedic opportunities.

But it is a double-edged sword – everything in Good Boys is so laced with humour so there is little time to further develop any changes in tone. Even one of the film’s biggest issues – a subplot involving a drone and local teenager Hannah (Molly Gordon) – is overshadowed by an entertainingly chaotic scene, so the coming-of-age aspect essentially becomes overlooked. Considering the genre tends to focus on teenagers nearing adulthood, Good Boys‘ modern approach feels like a missing opportunity.

Good Boys is out in UK cinemas on Friday 16 August.