by Rachel Wright
in Film Review

Cloverfield is a unique franchise in that it concentrates more on tone and name recognition as opposed to recurring characters and continuity. As an example, the second film in the series, 10 Cloverfield Lane (pictured), wasn’t firmly thought of as being part of the franchise until its development phase had progressed to more advanced stages. A third film, Cloverfield Station, (now known as The Cloverfield Paradox) has been floating around for some time, but Paramount has been quiet as to when or where it will reveal itself. 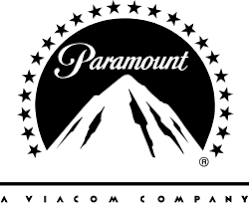 Now, it appears as though The Cloverfield Paradox won’t be a Paramount project, after all. It seems, instead, that Netflix, always on the lookout for content, might be in the running to land the film. The rumour is that Jim Gianopulos, the new chairman over at Paramount, is less than happy with the film, and that it may just get shopped out or culled along with a number of other upcoming projects. It doesn’t help that the big name attached to Cloverfield – J.J. Abrams – is a bit busy right now, working on a certain Star Wars project, either.

Paramount was set to release the film on April 20, but the word on the grapevine is that Netflix might give it an early debut. It wouldn’t be the first time that Paramount made a deal with the streaming service, after Netflix acquired international on the National Portman genre film Annihilation. Netflix would take the world, with the lone exception of China.

Netflix all the way

Netflix has been striking deals left, right, and centre, and with its huge subscriber base, it has a sizeable audience to bring top-flight entertainment to. Certainly, it has no choice but to stay on top of its game, with having to compete with the likes of Amazon Prime and other streaming services.

Fortunately for Netflix, today’s consumer is happy to get their entertainment online, whether through movies and TV on-demand, or even online games such as Forge of Empires and Treasure Arena. Casino games are also popular, from traditional games as roulette and poker to online slots. And now it seems that online bingo is all the rage. Sites like Oddschecker list all the best online bingo bonuses, making it easier for players to choose from. So the online consumer really isn’t short of entertainment at all – a fact that Netflix understands very well.

The Cloverfield Paradox, which reportedly stars Elizabeth Debicki and Daniel Brühl as astronauts stranded in space, has finished filming. The film is the most costly Cloverfield so far, at a reported budget of $40mn. The ensemble cast would also feature David Oyelowo, Ziyi Zhang, Chris O’Dowd, Gugu Mbatha Raw, Daniel Bruhl, and Elizabeth Debicki.

The plot revolves around a scientific experiment which takes place aboard a space station. The experiment involves a particle accelerator and gives unexpected results related to alien life. The astronauts become isolated and the crew are forced to fight for their survival. It’s basically The Thing but in outer space. Whether we find out what happens to the astronauts sooner rather than later depends on Netflix.