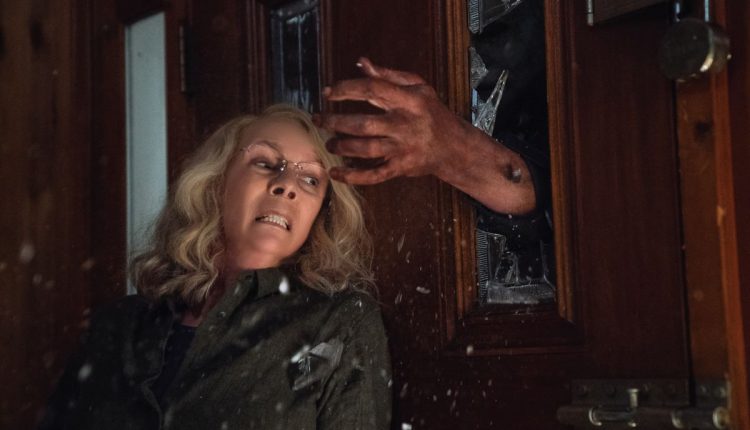 You don't believe in the Boogeyman?

It’s 40 years after the events of 1978’s Halloween and Laurie Strode (Jamie Lee Curtis) is still haunted by what happened on that fateful night. Now with a daughter and granddaughter of her own, Laurie is forced to protect those closest to her when Michael Myers escapes and makes his way back to Haddonfield, Illinois.

Putting aside the stupidity behind choosing Halloween as the perfect night to transport Michael Myers – seriously, what did they expect to happen? – this Halloween sequel ticks all the boxes. By ignoring the onslaught of sequels and, of course, Rob Zombie’s interpretations, this Halloween takes things back to the slasher basics. It’s scary, surprisingly moving and extraordinarily, smartly directed by David Gordon Green. Is this the sequel we’ve been waiting for? Hell yes, it is.

Those of you (me, included) who were worried that Halloween was in the hands of Green and scribe Danny McBride, film-makers typically associated with the comedy genre, need not worry. Green’s Halloween has an expected amount of wit and humour, but is filled with an intensity and terror that is rare even for horror. It’s difficult to get that blend of horror and humour, but these guys nail it to a tee. The moments of comedy are a welcome break from the terror and it’s not long before we’re back watching Michael Myers vs whoever gets in his way. Green’s vision is a great one, where wit and horror go hand-in-hand to craft something very special indeed.

Not a single scene is wasted, moments of reprieve last but a mere few seconds and by the end, you’ll be glad that you survived the ordeal, but eager to ride this horror train again and again. Halloween is more than an exquisite horror film, it’s an exquisitely made horror film. This is fierce and vicious film-making at its best, where the fluidity of the camera movement is complimented by exhausting, sweat-inducing long-takes. The almost non-stop flashing of emergency vehicles act as warning signs for what’s to come, as we know that there’s going to be more than just a couple of people who die at the hands of The Shape. 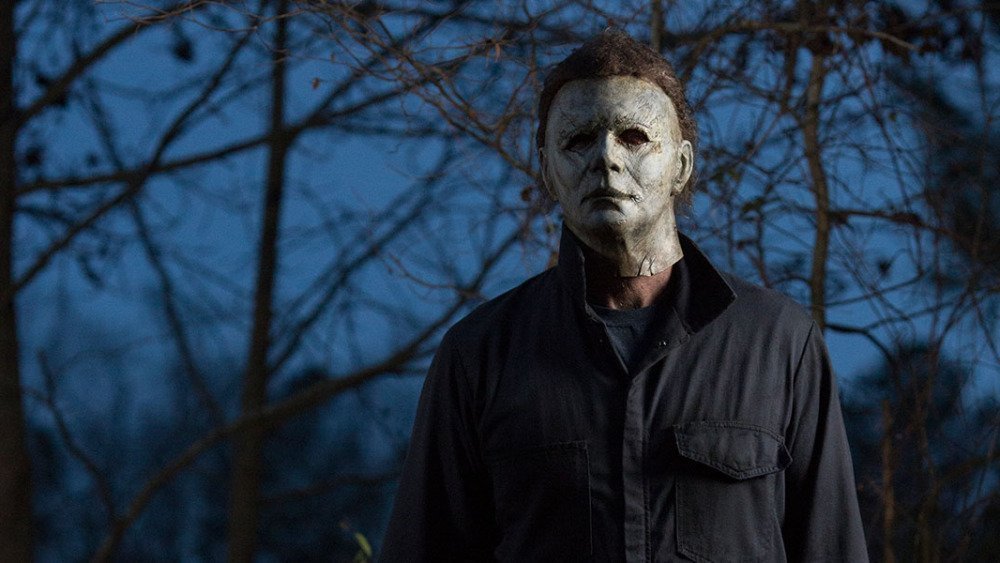 I watch a lot of horror films and I don’t tend to find slashers particularly scary – the supernatural, ghosts and ghouls tend to petrify me the most- but I was, honestly, chilled by The Shape this time round. He seems bigger and badder, more relentless in his hunt than ever before and it is a delight. It’s all set to a perfect, rebooted and modernised score by genius John Carpenter which is impossible to praise high enough. When you first hear those menacing notes you’ll be right back in 1978 where it all started, haunted and excited, eager to face Michael Myers with an older, emotionally-damaged Laurie Strode.

Jamie Lee Curtis effortlessly slips back into her role as Final Girl Laurie, but this time she’s ready, eager and waiting for Myers to cross her path. She’s a very different Laurie from the ones we’ve seen before, but her paranoia and preparation is believable. She’s not a timid teen anymore, but instead a new role model for females. She teaches that protecting your family is a necessity and that women, as well as men, should be ready for anything. She wreaks her own havoc on Michael, showing him that she can dish it out as well as he does. This time is her time.

You’ll laugh, you’ll cheer and you’ll scream, The Shape is back and he’s the most merciless he’s ever been. Halloween is a rousing success and proof that sometimes simpler is better and far scarier.