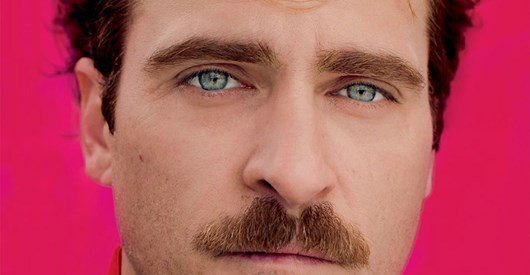 Her – Flickfeast And Chill Film Review

We invite you to Flickfeast and Chill and get to grips with the best new shows on streaming services. This edition, Jake Snape settles down with Netflix and Her. Five minutes in and he’ll give you that look…

From the wonderfully enigmatic mind of Spike Jonze comes Her. Set in the not too distant future a writer, Theodore, enters a relationship with an OS (Operating System) that was designed to assist him in all aspects of life. As such, Her is an unusual union of sci-fi and romance that ruminates on the ubiquitousness of technology and what it means to love.

The chemistry between Theodore and Samantha is electric…

While boasting great performances from the supporting cast which includes Amy Adams, Chris Pratt and Rooney Mara, it is unsurprisingly Joaquin Phoenix as Theodore who stands out. Phoenix has shown that he can be a powerful force on screen in films such as Gladiator and Walk the Line and he is just as powerful here with an understated yet captivating performance. Scarlett Johansson is equally captivating in a voice only role as Theodore’s OS, Samantha. The role had been played by Samantha Morton during filming but she was later replaced by Johansson. The chemistry between Theodore and Samantha is electric which is doubly impressive given the actors were not on set together.

Where the film really excels is in its existentialism. Heavy themes are played out with a lightness of touch and accessibility that could have easily descended into hackneyed jibberish or could have been so complicated as to become overwhelming. The score by Arcade Fire and cinematography by Hoyte Van Hoytema add a tangible sense of otherworldliness while well written characters ground proceedings in a recognisable reality, a mix that lends an odd yet satisfying surrealist atmosphere to the film. Romantics among the audience will be swept along by the central relationship while cynics may favour what the film says about the role technology plays in modern life. Either way there is something to enjoy here for all.

Is this a thinly veiled critique of people becoming too attached to modern technology or simply an unconventional love story? It’s a testament to the skill of Jonze that it operates with equal effectiveness as both.

Her is appearing on Netflix from 28th July.

KubrickFeast: A Visual Guide To Kubrick Movie Locations in London