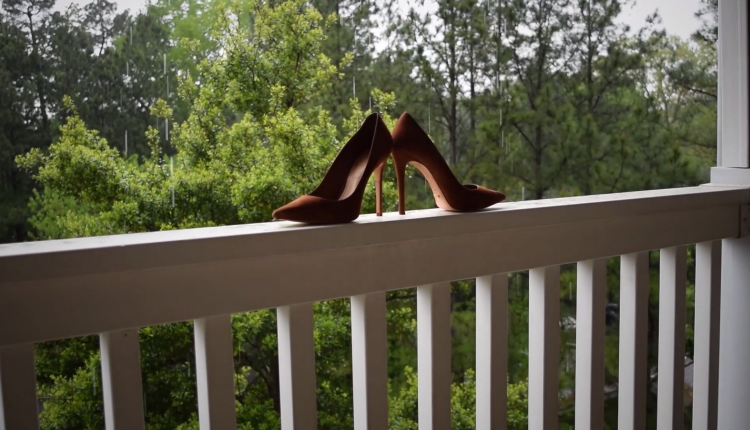 Directed by Atlanta-based filmmaker Adelin Gasana, High on Heels delves into the power of the high heel shoe. With a 44-minute running time, this short documentary explores how a pair of high heels offer wearers a sense of confidence – and the price that they have to pay.

As the documentary begins, we see a class of female dancers who are wearing impossibly high heels. When they begin, we see that there is a logic behind their choice of insane footwear – each woman dances with confidence and a sense of individuality. But this resonant aspect of the film doesn’t last, as the unrefined editing collapses into unevenly edited interviews of heel fans.

The unrelenting praise of these glamorous women, ranging from shoe designers to social influencers, shape the documentary into an advert for high heels. However, we don’t hear from people who dislike them – we only hear the good things about them, creating an evident sense favouritism. This unfortunately forms a shallowness that easily dissuades audiences and fails to form a credible foundation for this film. As a result, all the viewer has to connect with the feature is that beautiful women love heels.

The lack of the film’s coherence and insight also affects the hidden messages about long-term high heel wearing. Through an out-of-place snippet in a shoe repair shop, a downtrodden cobbler talks frankly about the cost of ‘fixing’ a pair of heels. This interview brings attention to the hidden costs of heels, as it kickstarts a thread of snippets that highlight the physical and psychological effects of wearing shoes, insinuating that they are just another (avoidable) price of vanity.

Although Gasana has the right angle, his messy approach doesn’t complement the subject matter. The endless smattering of shoe images throughout High on Heels do not help reinforce the notion of its cultural influence. Instead, this kills the authenticity – another notable moment is of a modelling teacher introducing the director to her class. In that moment, we are no longer a fly on the wall – we become a fly loudly buzzing around the classroom. The film also misses a key opportunity to explore high heel policies, where women have lost jobs for refusing to wear heels.

Overall, High on Heels has some interesting insights. However, there is not enough material and coherence in this short doc to make it worth watching.