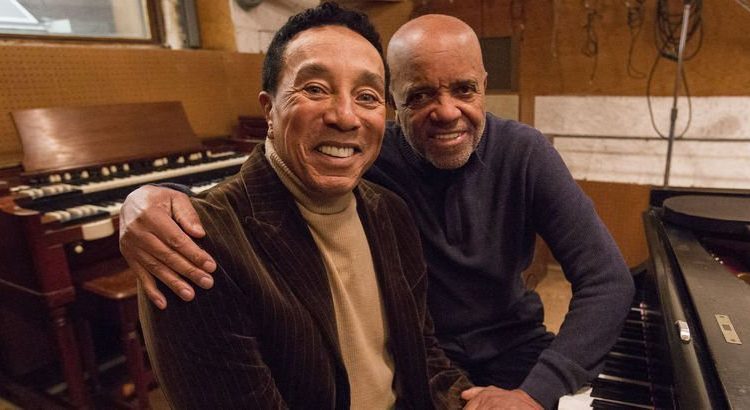 60 years ago, Berry Gordy formed a new music label after leaving his job at the Ford Motoring Company in Detroit. Playing a key role in integrating African-Americans into the US mainstream music scene, Motown went onto launch the careers of artists such as Stevie Wonder, Marvin Gaye, Diana Ross and the Supremes, and The Jackson 5.

Incorporating archive footage and interviews with several Motown stars and artists such as John Legend and Jamie Foxx, the roots of the label is the subject of Hitsville: The Making of Motown, a new documentary by British filmmakers Ben and Gabe Turner.

Visually, Hitsville has a modern aesthetic that keeps key Motown players in the limelight. This mainly comprises of Gordy and his long-time collaborator, musician Smokey Robinson, as they fondly reminisce about the foundations of the label. Their relaxed camaraderie shows a sense of trust and familiarity, along with a common understanding behind the driving force of Motown – to make ‘happy’ music.

Through an eclectic mix of performance footage and candid behind-the-scenes conversations, the Turners show that Motown shared a fervent commitment to this goal – all music was bold, upbeat and made an impact on US Billboard charts. There is also an integral though unspoken aim of highlighting African-American talent amid an era of racial tension. As audiences see footage of the Motown Revue, which saw its acts travel to the Deep South, there is a sombreness that reflects the acts’ inexperience with segregation and the social climate they aim to change.

While the majority of archive footage comprises early performances of the acts, the behind-the-scenes footage mainly consists of ‘cut-outs’ of key figures. This creates a detachment behind the ‘real’ Motown that provides audiences only with what its artists had achieved in public.

This is exacerbated through the documentary’s focus on certain acts. Despite Motown handling key soul and R&B acts, Hitsville brushes over troubled artists such as Temptations members Paul Williams and David Ruffin, as well as Mary Wells and Tammi Terrell. It also misses a bold opportunity to talk about Marvin Gaye’s murder, Diana Ross leaving the Supremes and Michael Jackson’s turbulent career, which subsequently creates a singular perception of showbiz.

Despite its lack of balance and comprehensiveness, Hitsville is a celebration of Motown. It serves as a fond reminder for older audiences who grew up with its music. However, it also guides modern audiences on its influence on the current music scene and its mark on diversity in America. Without Motown, artists such as Stevie Wonder, Marvin Gaye or the Jackson 5 may not have had the chance to become successful, let alone be noticed by Caucasian music lovers.

Overall, Hitsville has some consistency issues but is ultimately an entertaining cinematic time capsule for the roots of R&B music.

Hitsville: The Making of Motown will be shown in selected UK cinemas on 30 September for special one-night screenings.