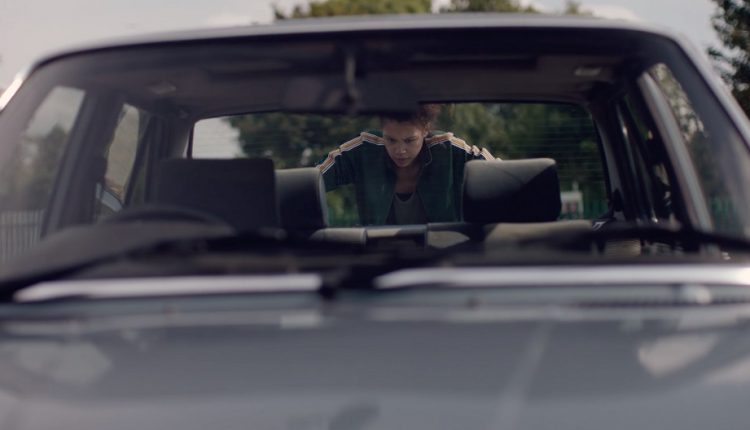 How to Stop a Recurring Dream follows a family in the middle of a separation. When teenager Yakira (Ruby Barker) is told she must move to Scotland with her father, she abducts her younger sister and flees in her dad’s car in the hopes of reconnecting with her one last time.

After suffering a series of let-downs, the forced move is the last straw for Yakira and she is pushed to the edge, no longer able to act rationally. She is desperate to re-connect with her sister Kelly (Lily-Rose Aslandogdu) as the pair have been at loggerheads for a long time. Her actions are shocking, but unsurprising, as she has felt alienated and alone for a long time. The film explores these feelings of loneliness and separation with care, across the story of Yakira and Kelly, but also between their parents.

The film is suitably being released during a time of forced lockdown, where many people will be suffering with the people they live or struggling to cope living alone. The parents are fed-up of being together, but Yakira is sick of feeling isolated and going unheard. The film does well to convey Yakira’s frustrations in a believable manner, mostly thanks to Barker’s strong and emotive performance. She is the star of the film and give the complex role her all, resulting in a performance that is equally as fierce as it is poignant.

As a character, Yakira is as complicated as the dramatic route she decides to take. She is the only person of colour in this broken family as she is adopted, which adds to her alienation. The film does well to remain realistic throughout and never feels as though it is pandering to society’s expectations by making this choice. It feels natural and so it should, so it is refreshing to see a film centre on an interracial family without explicitly ever having to mention it.

The film couples its focus on realism with its dreamy title and the moments that uncover Yakira’s unconscious desire to save her birth mother. In Yakira’s recurring dream she tries to lift her mother from her hospital bed but is never able to rescue her. Dreams can unveil our deepest desires and drives and, here, that is definitely the case as we witness Yakira’s overwhelming desire for connection and safety, but also to be a saviour.

How to Stop a Recurring Dream is an overall sensitive and touching exploration of separation and connection, driven by an excellent young cast. It’s a short and sweet affair with a surprising Thelma and Louise vibe. There is also a great supporting performance from Andre Flynn, who adds a welcome and subtle touch of comedy.

From 9 March, How to Stop a Recurring Dream will be available to stream on Amazon, Google Play, Apple TV, Microsoft TV and Virgin On Demand.