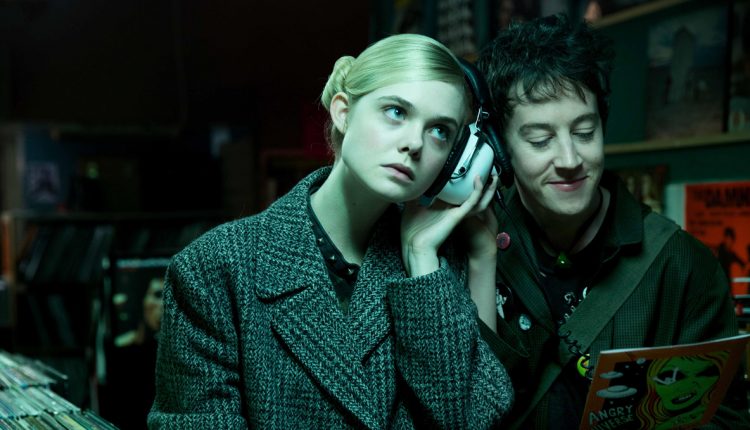 Based on a short story by Neil Gaiman and directed by John Cameron Mitchell, How to Talk to Girls at Parties throws us back to 1977. After attending a punk gig Enn (Alex Sharp) and two friends stumble upon a mysterious party in Croyden while searching for an after party. After mistaking the extra-terrestrial partygoers for a cult, Enn escapes the party with Zan (Elle Fanning) and the two form a bond.

The real problem this film has is that it does not seem to know what it wants to be: teen drama, coming of age tale, boy meets girl romance or trippy sci-fi. Of course it can be all these things but in trying to be too much it succeeds in being a bit of a mess. The plot involving the aliens is poorly written and comes off as confusing. Sometimes a little mystery can add intrigue to a story but here it is just poorly explained; we are invited to care about the plight of these beings but are given no reason to.

…a British accent that is bad enough to rival Dick Van Dyke’s efforts in Mary Poppins.

Some of the scenes involving the rituals of the aliens seem more like an amatuer dramatics group has become carried away while improvising. The supporting cast are largely wasted; Ruth Wilson and Matt Lucas look as baffled as the audience while trying to breathe some life into these poorly conceived characters. Nicole Kidman‘s Boadicea steals all her scenes for entirely the wrong reasons, with a British accent that is bad enough to rival Dick Van Dyke’s efforts in Mary Poppins.

Fortunately, this film does have a saving grace and that comes in the form of the two leads. Alex Sharp and Elle Fanning really excel in their roles and the relationship between them is convincing and well written. Towards the end of the film, Zan has to make a choice that carries real weight for her future so while we may not care about her species as a whole, we do care about her. The film really comes alive when focusing on their blossoming relationship and may have been better served making this more of a focus. Unfortunately, everything else seems like an unwelcome distraction.

How to Talk to Girls at Parties is an odd film and not always for the right reasons. It is by turns sweet and frustrating; an odd mish-mash of styles which seems only to distract from the beating heart of the film: the relationship. By no means terrible, but it is hard to recommend.

How to Talk to Girls at Parties is released on Blu -Ray, DVD and Digital Download on 3rd September.

Trailer Park: Our Final Look At The Predator Reminds Us This Is A Shane Black Film