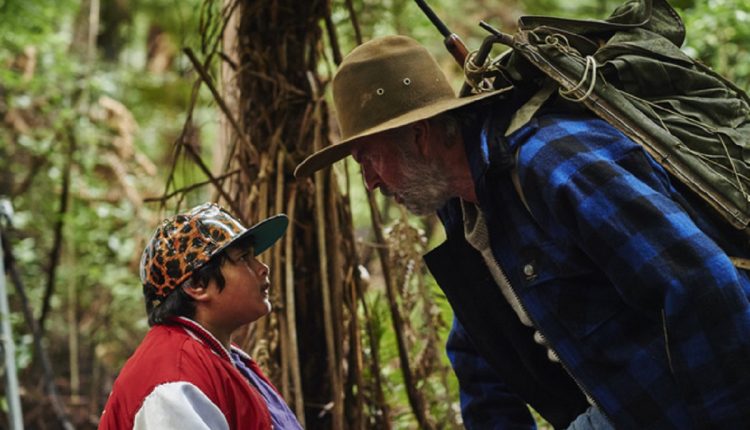 I was only moments into Hunt For The Wilderpeople when I realised that one of the stars was a young man, Julian Dennison, I had previously been amused by in Paper Planes. I also realised that Rima Te Wiata was playing a fairly central character, and I took this as another good sign, after enjoying her performance so much in Housebound. All was boding well, especially considering that the movie was directed by the talented Taika Waititi, who also wrote the script, based on a book by Barry Crump. Waititi has been honing his craft for a number of years now, resulting in a personal best a couple of years ago when he gave audiences the brilliant What We Do In The Shadows.

Dennison plays Ricky Baker, a troubled youngster who is pretty much given his last chance when he is handed over to be cared by Bella (Wiata) and Hector (Sam Neill). After his usual reluctance to settle and give anyone a chance, Ricky is gradually won over by the earnest concern and love offered by Bella. Hector may not be quite as affectionate or caring, to put it mildly, but the three still somehow seem to make up a potential family unit. Unfortunately, things change drastically one day, which leaves Ricky facing a future that will most likely involve a juvenile detention centre. He decides to head into the wilds of the bush, pursued by Hector, and it’s not long until others are in pursuit, with the most determined being a social worker named Paula Hall (Rachel House). One thing leads to another, and Ricky and Hector are soon resigned to living in the wild while their fame (or infamy) starts to grow and grow.

There’s nothing really new here. This is a coming of age tale, it’s an adventure featuring a mismatched pair who find themselves growing fond of one another in the face of adveristy, and it’s a simply enjoyable comedy. There are some montage sequences, there are a few great soundtrack choices, and there are plenty of lines of dialogue that are as obvious as they are hilarious.

Waititi seems to keep things nice and simple throughout, deceptively so, as he employs a number of techniques to create a sense of scale, show the geography of various characters as the hunt continues, and starts to build sequences that will have all but the sternest viewer ready to pump a fist in the air. If I was the kind of person to bandy about the phrase “the feel-good film of the year” then this might be just where you would see it. Because it would be correct.

Despite the obvious skill of Waititi in the director’s chair, I can’t praise Dennison and Neill highly enough. The former is a superb natural when it comes to comedy, and I hope we continue to see more of him in the future, while Neill just seems to be having the most fun he’s had onscreen in I don’t know how long. Their performances help to make the character developments feel just right, to make them feel earned, when they could have just as easily felt trite or forced. Rachel House doesn’t have to worry about nuance, but her performance is also simply brilliant and hilarious. A few other familiar faces appear onscreen, with Rhys Darby providing more laughs once again, and I can’t think of anyone who lets down the ensemble.

Not QUITE perfect, I guess, but it comes pretty close. I really can’t think of anyone who wouldn’t enjoy this. So be sure to see it as soon as you can.