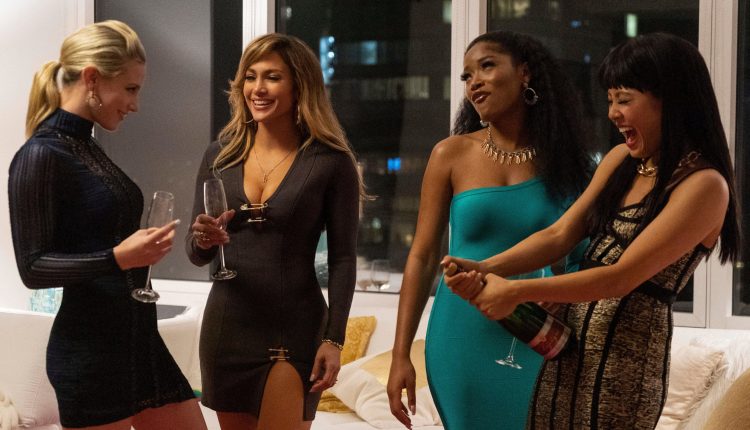 Directed by Seeking a Friend for the End of the World‘s Lorene Scafaria, Hustlers stars an ensemble cast that includes Constance Wu, Jennifer Lopez, Julia Stiles Lili Reinhart. Inspired by a 2015 long-read in New York Magazine, the film focuses on a group of strippers who embezzles money from their club’s high-earning patrons.

After directing the 2015’s The Big Short, co-producer Adam McKay revisits the repercussions of the 2007-2008 financial crisis. But while The Big Short focuses on financial-savvy men who try and outsmart the system, Hustlers highlight the desperation of working-class women and how far they’ll go for financial security.

The story focuses on Destiny (Wu), a relatively insecure young woman who is quickly taken under the wing of popular dancer Ramona (Lopez). During the film, their relationship slowly evolves from teacher-student to cohorts as their respective financial struggles lead them to fleece the men that objectify them. Although they ‘‘ their sexuality to entrap their victims, the reliance on their charm and beauty dulls the edge of their somewhat feminist approach.

Through the predominately female cast, Hustlers offers a sense of sisterhood and the addition of timid Annabelle (Lili Reinhart) and sassy Diamond (Cardi B) reflects how the financial crisis affects all ages. At the of the film is the complex relationship between Dorothy and Ramona, as their path to riches eventually becomes tainted by their clashing goals. The ever-enigmatic Wu shares chemistry with Lopez, who steals the show as soon as she steps out onto the stage. Easily her best performance since Out of Sight, Lopez exudes confidence and a level of sass that suits her character perfectly.

Shot beautifully by Todd Banhazl, the neon-filled Hustlers highlights the characters’ fluctuating financial situations with an alluring sense of decadence. While there are sparse moments of tension and comic relief, the film is far from voyeuristic. Lorene Scarfaria takes care to keep the girls’ hardships at the forefront so the fact they are strippers is almost coincidental. Through her mindful direction and concise screenplay, Hustlers is an unexpectedly gratifying 110 minutes.

Hustlers is out in UK cinemas on 13 September.

Flim Weakly Review- Once Upon A Time…in Hollywood