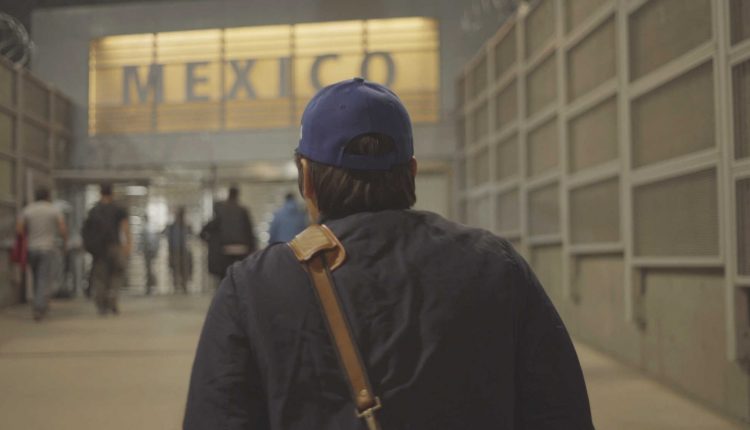 Identifying features are what distinguish the remains of one migrant from another, and within the over-populated morgues in the Mexico borderlands, these distinctions cannot always be made. Some bodies are disfigured, often without any recognisable features, and many have simply disappeared, now added to the tens of thousands that have gone missing in Mexico over the past 15 years. For Magdalene (Mercedes Hernández), in search of her teenage son, Jesús (Juan Jesús Varela), one of these identifying features is a packed bag that he had carried several months before. It proves that something terrible has happened, but offers no real explanation.

Magdalene only knows two details: Jesús caught a bus with a friend – whose body has since been identified – in search of work in Arizona; during the journey, the bus was targeted, and despite the company refusing to investigate, an old man who survived might know what happened.

This quest for answers takes Magdalene across the parched and sun-scorched landscapes between Mexico and its northern neighbour, where unpopulated villages offer brief shelter, and rogue bandits police the roads. On the way, she befriends a young man, Miguel (David Illescas), in search of his mother. He has been recently deported from the United States, after living there for several years, and with time the coldness of his character is softened by Magdalene’s loneliness and their shared feelings of loss.

Fernanda Valadez’s impressive debut is refreshing compared to recent blockbusters that have walked the Mexico-United States border, offering slower and more thoughtful pacing after the drug-war brutality of Denis Villeneuve’s Sicario and its sequel Sicario: Day of the Soldado. Valadez’s Mexican perspective is a necessary counterpoint to the Hollywood standard – and further, the Trump-era immigration policies for migrants – and demands more patient viewing from viewers expecting a story of reunion and redemption.

There are few characters in Identifying Features, and those we follow soon come to represent a generation of childless parents and parentless children. The larger issues of politics and immigration are never far from Magdalene’s journey, and by culminating in a scene of magic realism – torn from the pages of The Wicker Man – the film gestures to the unspeakable horrors faced by those in the present. The film will haunt you for days to come.

Identifying Features is available to watch on BFI Player