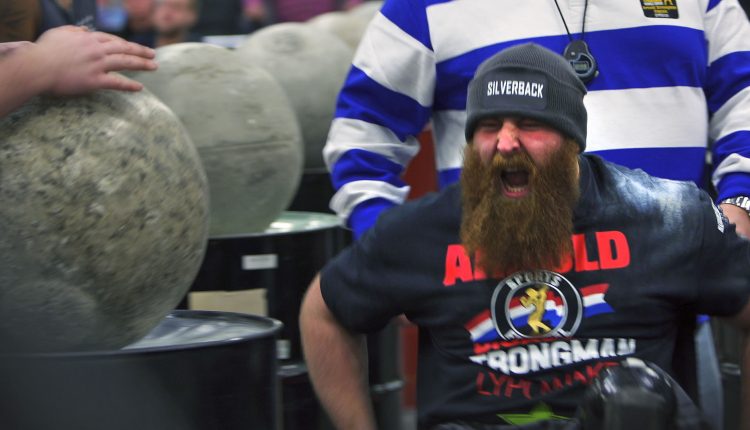 A soldier who lost both his legs to an IED sets out to enter a Strongman competition in IED : Improve Every Day. An honest and inspirational look at the physical and emotional struggles that one faces on the road to recovery.

In 2010 at the age of 22, Stevie Richardson was severely wounded by an Improvised Explosive Device (IED) in Afghanistan, losing his career and sense of purpose. After several years of arduous recovery learning to walk on prosthetics, Stevie is still in the combat zone. Struggling with his new identity as a wounded veteran in civilian life.

That changes when he meets Kenny Simm, a former marine who now trains ex-soldiers to become ‘Strongmen’. The documentary focuses on Stevie and Kenny in the weeks leading up to the two men travelling to the US for the Arnold Strongman Classic.

The “hook” of the documentary is the competition. Seeing Stevie take part in something that, only a few years ago, he couldn’t have imagined being involved in.

That is what drives the narrative forward. However the documentary’s appeal lies in the relationship and camaraderie between the two former military men. They are an odd couple. Stevie is quiet and stoic. Kenny is full of energy and his enthusiasm is infectious. Witness the two men’s reactions when Kenny coerces Stevie into getting a photo with “The Mountain” Hafþór Júlíus Björnsson. Or stalking Arnie around the convention. Leading to the wonderful line “he’s got quite a soft handshake!”.

Whilst it might be structured in the style of your sporting underdog movie, it actually allows for an exploration into the fragility of the male psyche. Both men are open and honest about the struggles they have faced, physically and mentally, since leaving the armed forces.

At at time when the world is finally waking up to the issues surrounding men’s mental health, a film like IED: Improve Every Day can prove an important first step in kickstarting the discussion.

IED: Improve Every Day is available to rent or buy on iTunes, Prime Video & Google Play.