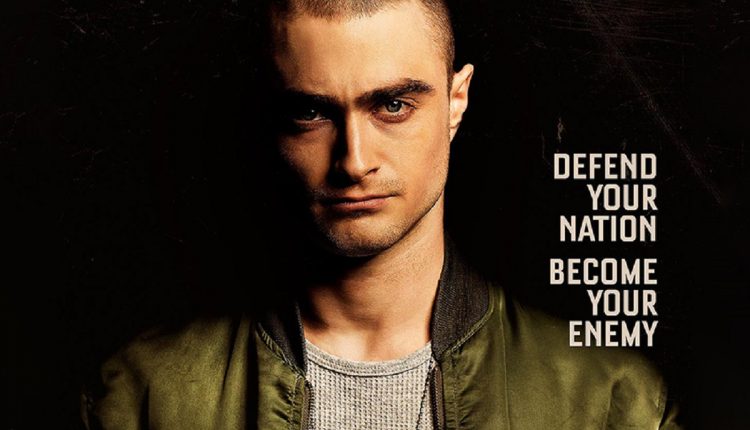 AKA Harry Potter And The Goblet Of Fascism

Okay, that AKA title is completely false but I’ll be astounded if it hasn’t been used before now, or at least some variation on it. Because this is the film in which Daniel Radcliffe stars as a young man working undercover to gain the cover of a number of white supremacists who may be planning a major terrorist plot. And, despite my sense of humour insisting that I start with an easy joke, it’s a fantastic performance that shows his continuing development, and growth, in a post-Potter career that is really starting to mark him out as an actor trying to do his best in a number of interesting, and varied, roles.

Written and directed by Daniel Ragussis, based on the real story by Michael German, Imperium starts off slightly shaky before going on to improve in leaps and bounds. Radcliffe is impressive throughout, but it’s hard to believe he gets away with some of the behaviour that he displays in the first act, considering the people he is trying to mingle with, and the potential stakes. But the whole thing grows in confidence, and tension, as the main character gets himself further and further into the bosom of the horrible racists.

Did I just say “horrible racists”? I shouldn’t have. Because another strength of the film is the way it portrays some of the other main characters. Racist and paranoid, yes, but also husbands, wives, and parents. It may seem silly to think of a dinner party in which cupcakes are served up that have little swastikas iced on them, but that’s also quite horrifying. There are people drawn to this behaviour, to this ideology, without thinking of themselves as bad people. They are trying to make a better world, both for themselves and their loved ones, and this message is perfectly put across by the film without ever letting viewers forget that the mindset on display is deeply hurtful and unpleasant, to put it mildly.

As well as that great central performance, the film also features equally impressive turns from Toni Collette and Nestor Carbonell (both playing senior FBI agents), and Tracy Letts, Sam Trammell, and Chris Sullivan (all three playing different types of “persons of interest” in the central investigation). The script and direction may show the relative inexperience of Ragussis, at times, but it’s lifted up by the cast, and one or two key scenes that will have viewers gripping the sides of their seats.

Gripping stuff, Imperium also feels remarkably timely right now (and it really saddens me to end this review on that note).