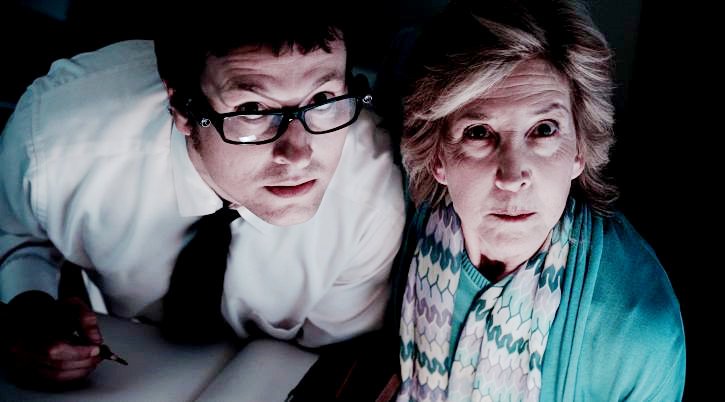 A 21st century upgrade of Poltergeist would be the easiest way to describe Insidious and you’d be both accurate and also underselling the movie. There are obvious similiarities – the paranormal activity in the home, the main event centred around the lifeforce of a child, the spooky details that are revealed and the mix of quirkiness and imagination on display during the last half hour of onscreen action – but Insidious comes from James Wan and Leigh Wannell (two men who have equally entertained and infuriated horror fans with the movies Saw and Dead Silence, amongst numerous other projects) as opposed to a certain Tobe Hooper being guided by a certain Mr. Spielberg. As such, Insidious is often far removed from the light-hearted suburban thrills of Poltergeist and instead provides some of the best scares in mainstream cinema in the last 5-10 years.

Patrick Wilson and Rose Byrne play the main couple, experiencing a few strange goings on when they move into their new home. They try to put their fears aside and get on with things but things take a turn for the worse when one of their children goes into a coma after investigating some spookiness in the attic. Events begin to happen that are harder and harder to find rational explanations for and so the family move once again. But it may not be the house that’s attracting the supernatural.

Let me get the basics out of the way before addressing some details here. The acting is all just fine, we have solid leads in Wilson and Byrne and they’re ably supported by Barbara Hershey, Lin Shaye, Leigh Wannell and Angus Sampson (though the latter three play characters with quirks that have turned off many viewers I must say that I enjoyed the light relief they brought to the building terror).

The script by Wannell is playful and smart, sketching out some enjoyable details in between the big scares, and the direction by Wan perfectly complements the material. There are scares implemented here that had me on edge in a way I hadn’t been since I saw, and loved, The Descent in cinemas.

I’ve seen two big complaints levelled at Insidious and think that they need mentioned, and (in my opinion) discarded, here.
Big complaint number one: Insidious is nothing but a series of big jump scares. That’s absolute nonsense. Insidious DOES have a number of big jump scares and made me almost fall out of my seat on more than one occasion but a) it’s unfair to dismiss jump scares that are so perfectly executed (and these ARE perfectly executed) and b) the movie also builds up the atmosphere of spookiness and dread from a bit of off-kilter, disorientating camerawork at the very beginning through each and every scene to a white-knuckle finale.

Big complaint number two: Things get too ridiculous and are too unbelievable. It comes to light, throughout the course of the movie, that the comatose child may be alive in every other sense in an area beyond what we can see around us and that someone could, possibly, go there to try and save him. Not all viewers like this. A séance scene involving a gas mask also tries the patience of some people. And a scary figure labelled by some as “Darth Maul” is hurled back by critics of the film. But compare these details to the very film that it seems to stem from, Poltergeist. Wasn’t Zelda Rubenstein’s character all kinds of quirky? One big fright came from a clown doll and one big fright came from a tree. A TREE! And then there was the little detail of a young girl being sucked into a TV. So, bearing that in mind, I don’t see how fans of the movie that Insidious most closely relates to would have a hard time going along for the ride and being thoroughly entertained.

James Wan and Leigh Wannell (and Oren Peli, director of Paranormal Activity, was on board as a producer) know how to deliver superior shocks and scares and Insidious is a brilliant modern ghost story, perfect to watch with the lights down low. Darkness adds to the atmosphere and ensures that nobody can see you trembling with fear.