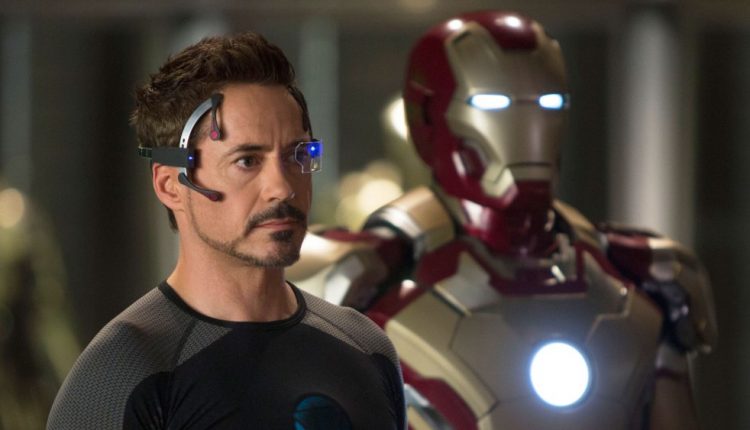 It is strange to think that Iron Man was released only five years ago. The film set the stage for one of the most successful film franchises in recent years – not to mention help bring comic book films to another level. Five Marvel films later, history is practically repeating itself as we enter the second stage of the story.  Iron Man 3 picks up after The Avengers and Tony Stark (Robert Downey Jr.) is having anxiety attacks and problems sleeping due to the events in New York.   However, when he faces threats from genetic scientist Aldrich Killian (Guy Pearce) and mysterious terrorist leader The Mandarin (Sir Ben Kingsley), he is forced to confront his demons and essentially – get out of his funk to kick some serious ass.

First of all, when it comes to the Marvel films, Iron Man is not necessarily renowned for dramatics and serious peril. Even though Tony Stark Mk. III has anxiety issues over his fear for his girlfriend, Pepper Potts (Gwyneth Paltrow in an extended role), none of these have really been covered in serious depth and even though the role of Tony Stark is perfect for him, Downey Jr. doesn’t convey serious emotion on-screen.   There are plenty of opportunities for Stark to shed a tear or two as the film progresses but unfortunately, his indifference works against him.  Certain plot elements are quite predictable in places and any interesting subplots, such as the backstory between Killian and Dr. Maya Hansen, played by a surprisingly underused Rebecca Hall. These subplots unfortunately end before they have a chance to develop into something more.

However, while Iron Man 3 lacks in the heavy stuff, the film compensates with jokes and simple entertainment. Downey Jr., as always, has fun as Stark and is equipped with numerous suits and comeback quips a-plenty. Thanks to the co-writing credits by Lethal Weapon writer Shane Black and Drew Pearce, the writer of superhero sitcom, No Heroes, there is a balanced mix of buddy-hero banter and British humour and it evidently comes through in the script, complimenting the consistent and thankfully fast-paced action sequences.  Film fans will surely notice influences from the Lethal Weapon films and to an extent, references to other Marvel films (the concept of ‘super soldiers’ from Captain America), making it quite an entertaining addition to the Marvel Cinematic Universe, after the rather lacking Iron Man 2.

Iron Man 3 is action-packed, funny and entertaining with a fulfilling ending but it fails to reach the bar set by The Avengers.  We just have to wait and see what the second story-arc of the Marvel Cinematic Universe has to offer.

Iron Man 3 is out in cinemas nationwide on Thursday 25th April 2013.