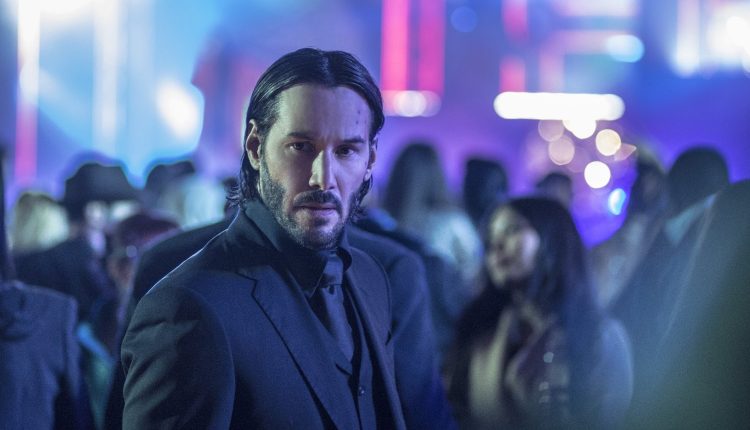 “You wanted me back, I’m back,” John Wick growls in this slick and satisfying sequel, as if there was ever any doubt that we’d be seeing Keanu Reeves’ hirsute hitman again. It’s a well-established fact of cinema that world-class assassins can’t be allowed to enjoy a peaceful retirement and Mr Wick is no different. Having taken everyone by surprise in 2014’s stylishly kinetic revenge thriller, which proved to be far more than the expected geriaction knock-off, the taciturn killer is back to perform another hit that once again defies expectations.

The opening exchanges ape familiar lines. After a typically pulsating and preposterous car chase, during which Wick retrives and then immediately trashes his treasured Mustang, the legendary hitman returns to a quiet life with his new canine companion (don’t worry, this one survives to the end credits). No sooner has he reburied his weapons under the concrete floor, he’s called upon by unctuous gangster Santino (Riccardo Scamarcio) to fulfil a ‘marker’ – a blood debt that cannot be refused.

It’s at this point that the movie starts to flex it’s greater financial muscles. One of the original’s most effective flourishes came in the form of a quirky criminal underworld, one governed by honour and a stringent code of conduct. Chapter 2 expands on this mythology and in doing so ratchets up the weirdness. That means we get to check-in to the Rome branch of The Continental, where we’re introduced to an oddly retro network of services on hand to equip Wick with the tools of his trade – including a delightfully peculiar cameo by Peter Serafinowicz as a well-mannered weapons sommelier.

Of course, all this fantastical world building would be for naught if the action failed to satisfy. Not that Chapter 2 has any such problems. Returning director Chad Stahelski, working without his creative partner David Leitch, unleashes yet another remorseless symphony of gun-fu carnage as Wick finds himself facing off against some of the world’s deadliest assassins. Standout sequences include a senses-battering escape through the Roman catacombs and a scrappy street fight, with only a trippy hall of mirrors- set-piece failing to skewer cliché.

Stahelski is also keenly aware of the ridiculousness of this world and ensures Wick’s grim brutality is leavened by a smattering of deadpan one-liners. You’ll also raise a smile at a knowing The Matrix reunion as Laurence Fishburne cameos as a pigeon-loving crime lord. There’s also a gloriously silly set-piece in which Wick and a rival mercenary take pot-shots at each other in public, like two school kids firing spitballs when the teacher’s back is turned.

Admittedly, the goofiness is occasionally stretched too far – at one point you’d be forgiven for thinking everyone in Manhattan is a secret assassin. It also lacks the same emotional tug as the original’s mission to avenge Wick’s dead dog. But as an action movie sequel, Chapter 2 delivers everything that’s required and more, bringing Reeves’ sharply-dressed sharp-shooter back for another giddily ferocious mission that ups the body count substantially and expands an already rich, pulpy world into imaginative new directions while leaving room for further adventures. Yeah, we’re thinking he’ll be back.