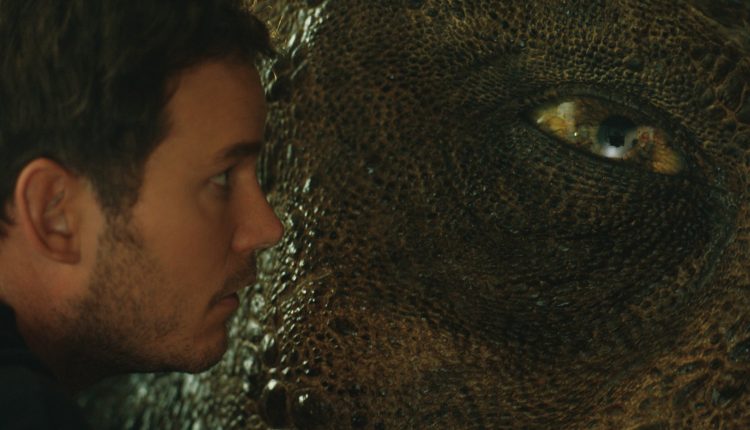 “Life finds a way” – a quote famously said by Dr Ian Malcolm (Jeff Goldblum), as he openly expressed his doubts of  ‘man-made’ dinosaurs in 1993’s Jurassic Park. While his eloquent saying has been parodied countless times over the years, it teaches audiences one thing – that there are some things that shouldn’t be messed with. Despite this, it seems that no-one has taken Malcolm’s words to heart and now, 25 years after the original film, Spanish director J.A Bayona takes over from Colin Trevorrow to direct the latest instalment of the Jurassic Park franchise.

Set three years after the events of Jurassic World, Owen (Chris Pratt) and Claire (Bryce Dallas Howard) aim to rescue the remaining dinosaurs, including the former’s lead raptor Blue, from Isla Nublar ahead of an impending volcanic eruption. When they end up being double-crossed, their mission leads to a corporate conspiracy and their discovery of a dangerous hybrid dinosaur.

It had been 14 years between Jurassic Park III and Jurassic World, which allowed Trevorrow and co-screenwriters Rick Jaffa, Amanda Silver and frequent collaborator Derek Connolly to work on a modern take to the franchise. Incorporating CGI dinosaurs and action on a much bigger scale than its predecessors, Jurassic World ended up becoming the highest-grossing instalment in the series so far, earning more than $1.67bn at the box office. However, after Trevorrow’s decision to step down as director, can Bayona deliver something that can extend the franchise?

After Jurassic World failed to deliver a different narrative besides ‘dinosaurs are dangerous’, its sequel delivers a much-needed modern take. The franchise is not at a stage where dinosaurs are no longer considered threats but as an actual species, and with it, comes empathy. Claire and Owen’s mission to rescue Blue is driven by a compassion for the species, something that hasn’t been explored in depth during the last films.

Trevorrow and Connolly also extend the story arc past the tourism angle, which opens opportunities for further instalments outside the park, as well as offers a different perspective on the dinosaurs. They had often been portrayed as the species to run away from, but Jurassic World: Fallen Kingdom focuses on their own natural instincts, highlighting them as weapons in the making.

Even though the film suffers from an uneven script, Bayona manages to combine visual elements of a stalker horror and a monster movie with occasional yet notable nods to Jurassic Park. The action pieces range from the heavily animated to the cleverly tense, reminding audiences that the series has the power to scare.

The cast also up their game from the predecessor. Howard looks more relaxed taking on a more action-orientated role and is as gutsy as the effortlessly cool Pratt. Newer additions, however, don’t fare as well – shady businessman Mills (Rafe Spall) is the one-dimensional bad guy with dollar signs for eyes while Lockwood (James Cromwell) is a wasted opportunity to bookend the narrative involving a former major character. The biggest surprise of the cast is young Isabella Sermon, who plays Lockwood’s daughter Maisie, whose sweet, innocent performance is marred by her underdeveloped backstory.

With a poignancy toward the original film shining from the start, Jurassic World: Fallen Kingdom is an entertaining summer blockbuster and an improvement to its 2015 predecessor.

Jurassic World: Fallen Kingdom is out in UK cinemas on Wednesday 6 June.