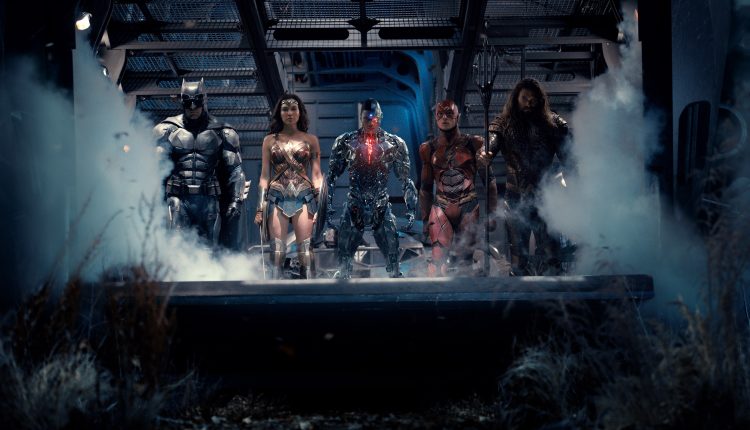 After overcoming directorial changes, disappointing solo films and production hell, DC’s Justice League finally makes it to the silver screen. However, after almost 50 years since their comic book debut, can the League cinematically compete with the Avengers?

It is fair to say that the DC Extended Universe is currently at a disadvantage. The Marvel Cinematic Universe recently saw the release of its 17th film, and the popularity of the saga has been steadily growing through the franchise’s consistent fun factor. DC Films, however, have struggled to win fans over with its dark and serious tone, as well as its excessive special effects. However, the overwhelming success of Wonder Woman, as well as the empowering performance of Gal Gadot, reassured fans that there is promise for Justice League. Sadly, this hope quickly dissipates.

With the standalone films for Batman, Superman and Wonder Woman out of the way, Snyder skips on-screen origin stories for the (comparatively) less well-known characters of Flash, Aquaman, and Cyborg, so their stories are interwoven with the foundation of the Justice League itself. For Flash, we have a well-received eponymous TV series, but a film centred around Cyborg might not have had mass-appeal, even if it does feel like Justice League was rushed out to challenge the dominance of Marvel’s Avengers Assemble.

Affleck looks fed-up as the weathered Bruce Wayne, and Gadot remains ballsy as ever. While they are still reeling from the events in Dawn of Justice, they attempt to put up a united front for the sake of mankind. Look closer and you will see a partnership starting to fray, like two tired parents trying to keep it together for ‘the kids’. The one-dimensional Steppenwolf doesn’t make a compelling villain either, as his old-worldly mission of world domination lacks creativity. If the heroes of a film aren’t hitting the right notes, then a complex, well-developed villain can sometimes keep the audiences’ interest. Unfortunately, Steppenwolf is bland – frustrating considering Whedon’s presence.

Justice League is further hampered by its inconsistent pacing and weak story, which doesn’t provide a reason for the team’s existence stronger than global destruction. True, global destruction is a reason for people to work together but for a team to exist, its members need chemistry. If Justice League has an underlining tone, then it’s mono and predictable. Snyder tries to give the film a sense of sentimentality that doesn’t make them more human but emotionally flawed. That characterisation worked well in say, Watchmen, because the source material was written that way. The members of the Justice League are meant to be solid, dependable heroes we can rely on in a crisis. Along with the CGI-heavy action scenes and wooden script (despite Whedon’s involvement), the film feels doomed from the get-go.

Thankfully for Snyder’s career and long-suffering DC fans, it’s not a total loss. Momoa and Miller are the few aspects of the film and team that work well together. Their respective gruffness and awkward enthusiasm manage to lift the film on occasions up from downtrodden misery towards something approaching ‘fun’ and ‘enjoyment’.

Synder’s Justice League may be the one we’ve finally been given but it’s not the one we deserve.

‘Sound Bite’ of the Week…The Evolution of Paul Haggis