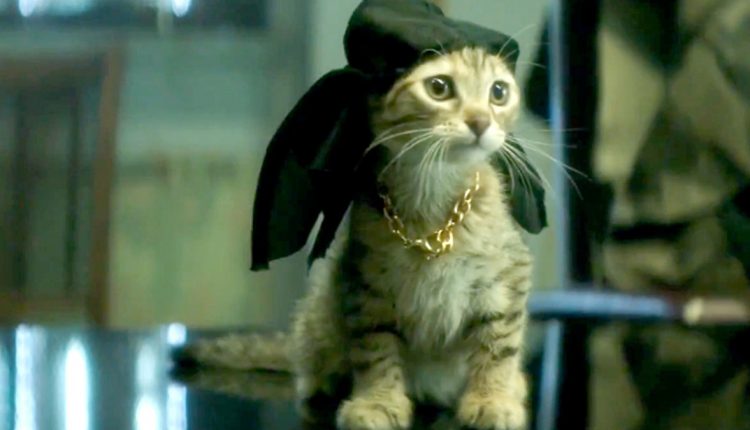 Keegan-Michael Key and Jordan Peele may already be familiar to you. They did, for many years, star in their own very successful show, Key And Peele, and have also made appearances in numerous other projects. And I must say that I was never a big fan. It’s not that I disliked them. I just didn’t see anything from them that I loved, despite a number of their sketches proving so popular that they would end up doing the rounds on social media. And then one day I was fortunate enough to see THIS sketch, focusing on Gremlins 2. I didn’t suddenly become a huge fan of the guys, but I decided that I would certainly give them a bit of my time whenever the chance arose.

Which brings us to Keanu, a comedy feature I was looking forward to since catching the first trailer. It’s all about Rell (Peele) and Clarence (Key), two friends who are far from alpha males. In fact, when we first meet Rell, he is heartbroken after a relationship break-up. He then starts to feel happy again when a little kitten turns up on his doorstep. He names the kitten Keanu and life is good, right up until his home is broken into and Keanu ends up in the hands of a local gangster. Which leads Rell and Clarence in a difficult situation. To get the kitten back they’re going to have to put on a tough act and just hope that they can get in and out without getting themselves shot.

Nicely mixing, and twisting, action movie beats and typical gangster stylings with genuinely good “fish out of water” laughs and that incredibly cute kitten, Keanu should end up pleasantly surprising many viewers. It has obvious laughs and references, and plotting so predictable that it would harm it if the comedy wasn’t so consistent and constant, but there’s also plenty of fun to be had in noticing the little details scattered throughout. Director Peter Atencio, himself also coming over from the Key And Peele TV show, knows his stuff, even if the relatively low budget shows through in one or two scenes.

The script, co-written by Peele and Alex Rubens, keeps everything moving along nicely in between the small set-pieces (and I use that term loosely, although a sequence in which Clarence defends his choice of in-car music – George Michael – is exactly the kind of highlight I’m referring to) and never warps the central characters to fit the narrative. They continue to get themselves deeper and deeper in trouble, but it’s done in degrees that show how far two friends will end up going to help one another.

Our two heroes are very good, even if Key is by far the funnier of the two throughout (for me, anyway), and Will Forte is as much fun as he usually is in a smaller role. Tiffany Haddish and Method Man portray two of the main antagonists, but not the only ones, and Luis Guzman is an additional threat, just in time for the third act. Needless to say, all of the aforementioned actors do well in their respective roles.

If Key and Peele want to continue making feature films of this calibre then I want to keep seeing them. This is sweet, the right kind of dumb, and sometimes even hilarious. And the end credits showcase a calendar that I need to own (you’ll know what I mean when you see it).