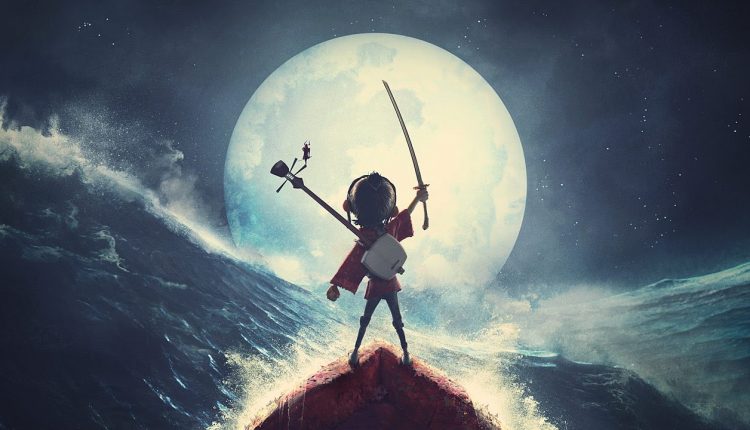 “If you must blink, do it now,” is the dramatic warning which opens this latest animated triumph curtesy of stop-motion giants Laika. Advice you should follow because to miss even a split second of Kubo and the Two Strings would be a crime against your retinas. If Boxtrolls was a rare stumble for the studio, their fourth film is a resounding return to form, telling the story of a young boy’s quest to unpick a tangled family history with a tenderness and elegance that will enthrall all ages.

Told in the style of an ancient Japanese myth, Kubo chronicles the life of its titular hero, a young street performer (Games of Thrones’ Art Parkinson) who lives in a cave with his amnesiac mother. Little does the boy know, but he is being hunted by his grandfather, an ancient being known as the Moon King (Ralph Fiennes), and when he defies his mother by staying out past nightfall he accidentally alerts the vengeful spirit to his location. Following the path of countless mythological heroes before him, Kubo must search for three magical pieces of armour in order to defeat his enemies and save his family.

Aside from the exquisite animation and sweepingly beautiful score, Kubo’s real strength is the amount of respect it pays to its audience. Where previous offerings have tackled such ‘grown-up’ challenges as loneliness (Coraline), death (ParaNorman), and, err, stinky cheese (Boxtrolls), Kubo continues this fine tradition by weaving themes of love, loss and legacy into a tale of a boy searching for his family and does so with typical depth and delicacy. That gentle melancholy is punctuated by moments of hectic action, spooky scares and broad comedy as Kubo teams up with a squabbling monkey and beetle warrior (Charlize Theron and Matthew McConaughey conjuring an affectingly warm chemistry) to help his complete his quest.

It may not be the most original story ever told – every twist and revelation is clearly signposted – but it has an absorbing emotion at its heart that sweeps you along for the journey all the same. It’s dazzling and undeniably wonderful.