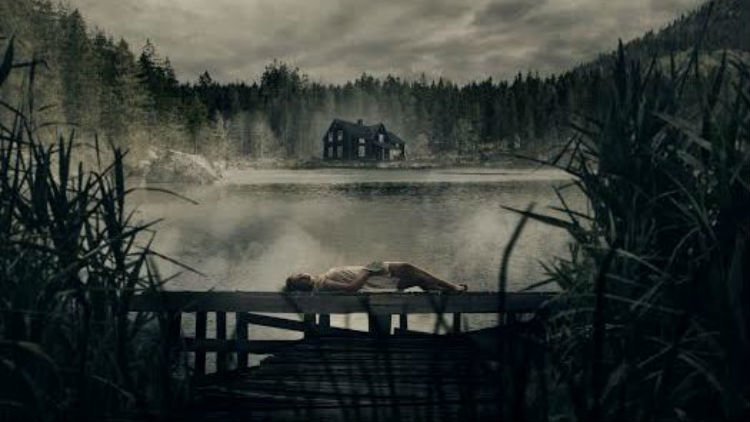 Nothing really happens in Lake of Death, much like nothing would one imagines, during a relaxing week spent on the tranquil shores of the lake at the heart of the new drama from Norwegian writer / director Nini Bull Robsahm. However, though this might be an ideal situation for a getaway from it all holiday, you do hope for a little more from a film selling itself as an atmospheric horror / mystery.

It’s a year since orphan Lillan (Iben Akerlie) was last at her family’s lakeside hideaway, and she hasn’t been back since her twin brother died following the visit. Now, having decided to sell up, Lillan returns with a group of friends one last time, with tragic results for all concerned.

Lake of Horror is one of those viewing experiences you desperately want to like, as it potentially has much going for it with a dreamlike setting and cast of beautiful young people who are the kind everyone would secretly like to be friends with. With the lakeside location playing such a supposedly intrinsic role in proceedings, the setting is, as you’d expect, to-die-for – I defy anyone not to want to escape permanently to a house in the middle of a bucolic Nordic forest, with nothing for company but the sound of birdsong and the wind.

But therein lies the film’s fundamental flaw, as there really is little going on but the sound of birdsong and the wind. Forget the misleading title ‘Lake‘ of Horror. Apart from a grisly local legend which centres on said lake – the inclusion of which seem simply to facilitate its prerequisite scary recounting to Lillan’s susceptible companions – what few moments of horror there are take place instead in the house where the friends are staying.

Lillan’s family retreat does provide opportunity for unease – though beautiful outside, it is internally gloomy, with enough shadowy corners and faulty electrics to facilitate the occasional bloodless, old-school shock. The obligatory visit to its cellar – the entrance of which is as usual hidden beneath a conveniently placed rug – resurrects obvious comparisons with The Evil Dead (1981), even down to the discovery of a strange notebook, an array of rusty old tools and one of the hapless group muttering ‘ ….. oooh, it’s just like The Evil Dead!’

Throw into the mix the fact Lillan spends most nights sleepwalking and suffers from bizarre, unexplained hallucinations where everyone and everything becomes covered in an oozing oil-slick that is gone as quickly as it appears, and you have a film which, though pleasantly unsettling, is unlikely to evoke much more of a chill than the breeze ruffling The Lake of Death‘s tranquil shores.

A SHUDDER ORIGINAL, Lake of Death is available now to view on the SHUDDER digital platform.