Late At Night: Voices Of Ordinary Madness, directed by Xiaolu Guo, who has an impressive international resumé, is a strange beast; LAN is a documentary, masquerading as a film-essay (or perhaps the other way around, I’m not really sure) that has a point but seems to have no idea how to make it. On the surface, the film consists of nothing more than a few assorted interviews interspersed with shots of a very obviously middle-class, white female actress, portrayed in the style of an exponentially multiplying number of Warhol squares, reading news stories that are supposed to contrast markedly with what we hear from the voices on the street. Super-imposed over these artificial news stories are quotes from the usual suspects (Marx, Orwell et al.) that are taken straight from the politics/visual culture 101 handbook.

At first I feared the worst, expecting the following 70 minutes to play out like a student protest film. Considering Guo’s reputation both as a documentarian and a writer (she has won numerous international film festival awards and was in Granta’s 2013 “Best of Young British Novelists”), I was disappointed to be proved right. I have no doubt that Guo’s intentions are noble, and that she has a very definite agenda, I’m just at a loss to say what it is, beyond the glaringly obvious.

Here is a film that tries to say an awful lot about societal madness and late capitalism (though Jameson gets no mention and the Bukowski reference is odd) but falls into the amateur theoretical trap of exploring themes and issues (with no direction), raising points (that are already raised) and asking deep questions (without answering them or even letting us know that she has any answers to begin with) and then does very little. 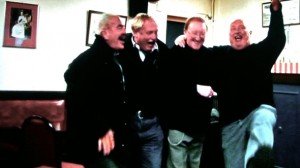 During the interviews we meet some interesting characters. There is a Ghanaian father who hears voices and longs to see his children, who ascribes his madness to living in the UK. We meet a career criminal who strangled his prison psychologist because he wouldn’t listen to what he had to say. We listen to a gentle, hardworking Rastafarian who has spent 20 years saving enough money to buy a car it would take a banker or a criminal half an hour to acquire. There is also a Glaswegian man (oddly filmed in Glasgow) who is at pains to tell us that his Wee Red Book is not the same as Chairman Mao’s; a woman who just flat-out doesn’t like it here and two “fun-loving” girls from Essex. Add to all of these a group of elderly men in a pub who look like they could become EDL at any minute and one can trace a very definite line of “madness and civilisation” (a connection from Foucault jarringly not made here) running through these interviews. But where that line is going and where Guo would have it go is never really made clear. Even towards the end, when we hear from an ‘expert’ on capitalism and modern society, there is precious little new here.

The film doesn’t fail though, despite all this, it just doesn’t quite achieve what it should. The real joy of this film lies in the interviews themselves, and though they have all obviously been picked and edited in order to illustrate Guo’s point, as little clips of London life (though this film is “about” the East End, it could be about anywhere with the disenfranchised multiculturalism no longer confined to this part of the world) they are very interesting, even engaging. In fact, I half wished Guo would dispense with her agenda and delve more deeply into their lives, as they tell us more about the experience of living in London (albeit from a specific point of view) than any of her Warhol-inspired Orwellian conceits. It is also odd, considering the above, that Guo (herself an immigrant) doesn’t mention her own history, or that of those from the Far East who, today and historically, have very strong ties to London’s East End. 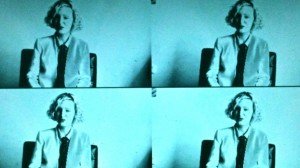 In the end then, it takes Guo 70 minutes to tell us that capitalism is bad and that bankers and their greed have made life quite rubbish for the man in the streets. All of this we already know and are merely shown again, and this doesn’t really help anybody at all. So though this film is not bad, and has good intentions, I left it thinking that a chance had been missed, and wondering what film makers like Marc Issacs or Adam Curtis would have made of the material Guo had access to. Perhaps it is the personal nature of the film, and the fact that any truths Guo may be seeking are lost in the essay-like structure of the film, that leaves us spoken to, but not really informed.