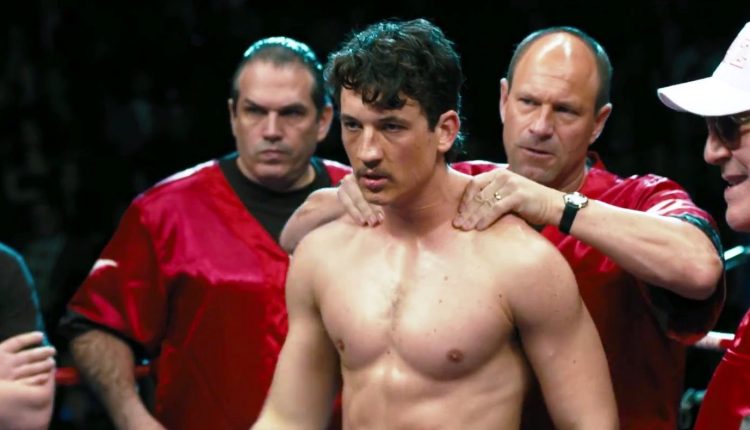 In the early 80s’ American boxer Vinny Paz was forced to relinquish his newly won junior middleweight world title after a car accident broke his neck. During his recovery, he defied the doctors’ orders and underwent a rigorous workout regime to get back into the ring.  Now, Boiler Room and Prime director Ben Younger brings Paz’s journey to the big screen, with Martin Scorsese as executive producer and Miles Teller as Vinny Paz.

Seeing as both Michael B. Jordan and Miles Teller starred in Fantastic Four with the former being in a critically acclaimed boxing film earlier this year, it is hard not to bring up comparisons between Bleed with This and Creed. Even though this is based on a true story, Paz’s story isn’t as emotionally affecting. Instead, it comes across as an average comeback-kid film.

In terms of characters, it is confusing as to who is more influential in Vinny’s life. Vinny himself comes across as a passionate yet arrogant boxer with very little humility, and it feels that he isn’t physical struggling as much as he should be. In addition, his parents (played by Ciarán Hinds and Katey Segal) have next to no input on his life, and trainer Kevin Rooney (Aaron Eckhart) is an alcoholic with minimal backstory. In essence, the film’s characters offer little empathy and as a result, don’t encourage the feel-good factor featured in classic underdog films.

The performances are also a mixed bag. Teller gives a stale performance as Paz, while Hind and Segal are underused and somewhat miscast as Vinny’s fiery parents. The only consolation is Aaron Eckhart as the committed Kevin, who offers much-heeded heart and depth in his performance.

The direction of the feature is more impressive during the fight and training scenes, so there’s very little insight behind Vinny’s life away from the ring, while the clichéd dialogue doesn’t tug on the heartstrings. Despite having made a number of feature films, Younger doesn’t incorporate the inspiration and positivity of Vinny and his road to recovery, which is a shame as it is a great comeback story but it is a disappointing adaptation.

Overall, Bleed for This has a lot going for it in terms of story, cast and direction – unfortunately, its lack of structure and emotion makes a lacklustre feature.