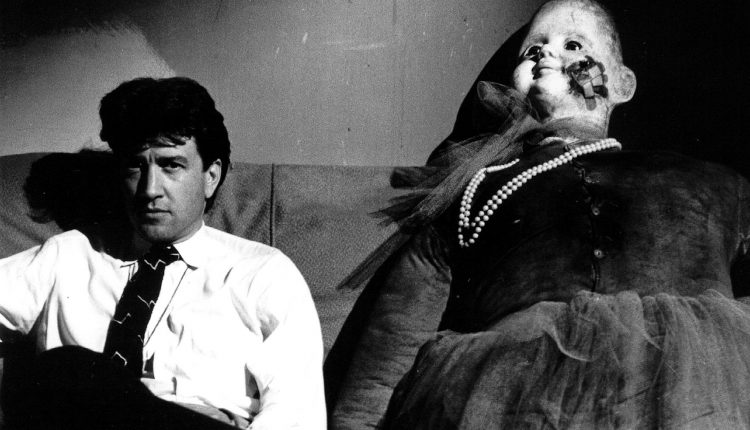 There have been a quite a few essay/archive films released recently, and for the most part they can been fairly hit and miss affairs. Take, for instance, The Greatest Shows On Earth, which brought together amazing archive footage from the entire history of British circuses and fairgrounds, combined with what would have been in isolation an amazing soundtrack. This is a very difficult thing to get right, I suppose, in that there will always be people who are stuck in the view that whatever original soundtrack there may be should be the one that is used. As a result, the film is a jarring mix.

Now we have Blue Velvet Revisited, another film to use an amazing collection of archive footage, some of it never seen before, from Braatz’s own Super-8 film and photographs taken during the making of Blue Velvet. When this film was first announced I became immediately excited by the prospect of seeing behind the scenes of one of the great films of the 20th century.  Indeed, such is the passion with which many fans regard the work of David Lynch; I think it fair to say this had the potential to be one of the stand-out films of the festival. After the release of the missing footage from Wild At Heart that was merely lumped together in The Lime Green Set, and whatever footage was found from Fire Walk With Me being somewhat underwhelming, the thought of a comprehensive look back at the making this film was mouth-watering.

Now, I’m obviously aware that a certain amount of individual flair must be put into and painted over a film such as this, but what I was not expecting was for most of the footage used to be smothered beneath a second-rate tribute to Lynch, replete with blurred lens-flares and unnecessary close-ups. The soundtrack, good as it would be in isolation, seems here to me to be used in tune with the film we are watching, not necessarily the film we are wanting to learn about.

Having said the above, though, there are still gems to be found here. For all of its needless flair, some of the footage here is amazing. Watching a young Lynch talk with such confidence about his craft, and the future he wishes it to take (his desire for a purely digital image-capture system, for instance) we see just why even then he was seen as a genius. There is also no shortage of images and clips of the fundamental contradiction of Lynch’s nature, which contradiction is that such dark and twisted images and themes are bubbling beneath the surface of what is ostensibly a calm, sensible and naïve-seeming exterior. Precisely, Lynch tells us, the beautiful contradiction at the heart of Blue Velvet itself. And yet I found it difficult to separate the great footage and interviews from their presentation.

Perhaps I am being a little unfair here – perhaps it is because I am such a fan of Lynch and Blue Velvet, and documentaries about films and filmmakers, that I was a little disappointed that this film didn’t tell the story of Blue Velvet the way I wanted it to be told, and that made it difficult for me to accept it on its own terms. I understand, however, that the path that Blue Velvet Revisited takes is more akin to Blue Velvet itself, in that the ethereal nature of the footage and the narrative uncertainty lend the experience and atmosphere perhaps approximating something “Lynchian.” Certainly, anybody with a passing interest in filmmaking and David Lynch will find a lot to love here, and those that want to see a new and novel take on the process of presenting images from classic films with insights that one would not necessarily experience will not be disappointed. I merely think the job of being “Lynchian” would be best left to David Lynch.