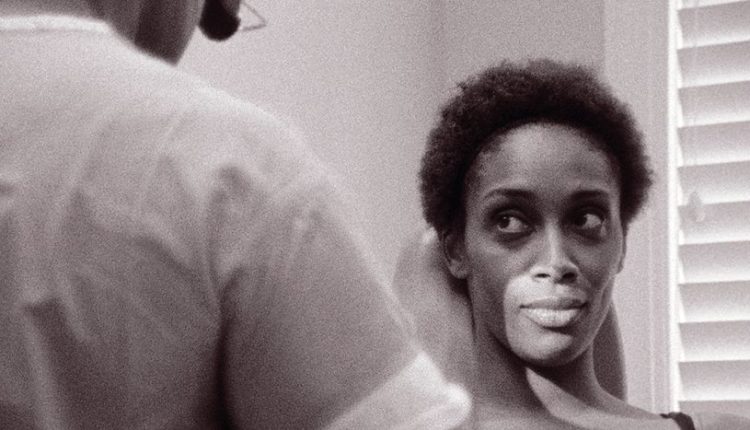 At precisely eight hours, Kevin Jerome Everson’s Park Lanes (LFF 2015) is a work of intense situational continuity, observing the rhythms and operations of a QubicaAMF factory floor from clock-in to clock-out. Its shape is rigorous, but rather than a Warholian exercise in duration (à la Empire, 1964), where industry is aestheticized as sculpture, Park Lanes stretches the regulated conditions of labour into an observable microcosm (individual procedures build toward a common goal).

This year, Everson returns to Experimenta with one of the LFF’s shortest films, but another of its best. The ten-minute Ears, Nose And Throat hears a devastating testimony on the murder of a young black man, but the intimate account – delivered by Shadeena Brooks – is refracted though an invented narrative that magnifies its socio-political context.

Opening at nightfall, in a suburban area of Mansfield, Ohio, Ears, Nose And Throat is immediately striking in its composition. The shots are blotchy (a mix of fatty grain structure and filming under natural light), but by deepening the darker register of monochrome and draining white from the balance, Everson locates a way to emphasise blackness as both a textural and textual focus. He fractures the neighbourhood into discreet pockets of space, cutting from utility poles (whose cable grid indicates its size) to various street corners, and finally settles on one particular junction. The scene is punctuated by a non-diegetic bleeping, and from this contextless image-sound reception a climate of uncertainty and paranoia begins to settle.

Then Everson cuts to Brooks, a young black woman in a routine ENT checkup. The physician informs her that damaged arytenoid cartilage has resulted in “a weak vocal chord on [the] right side,” and cautions that her voice will gradually fade by the end of each day. Her ailment is an evocative metaphor for the social position of the black woman in modern America – the more she speaks, the less she can be heard.

Nevertheless, in a statement relayed over footage of her hearing test, Brooks begins to unburden her memory of the events of March 9th, 2010, when DeCarrio Antwan Couley, Everson’s son, was murdered outside her home. The earlier images are re-contextualised as pov, and the bleeps reappear diegetically (her voice is now the non-diegetic element), split across the right and left audio channels which she must identify by corresponding hand signals. In a scene from inside the testing booth, we hear that her gestures do not match the audible track, and can infer that her hearing has been damaged by the gunshot.

It’s rare to see a film of such metaphorical weight that also reverberates emotionally, but the story of Ears, Nose And Throat is so specific that it suggests a logical starting point for discourse on its suggested (and to some extent seen) ripple effect. Here, the African-American anatomy is presented as a witness to and victim of African-American crime, and the ENT examination a means of testing its limits as receptor. Not only does Brooks’ weakened vocal chord diminish the volume (and therefore influence) of her account, it challenges the very existence of the witnessed incident; when she can no longer speak, who else will report the circumstances of another black man’s death?

While the ENT treats her faculties for hearing, smell, and speech, it overlooks the centre of sight, which is most crucial to Brooks’ witness report (and cinema itself). Perhaps Everson is suggesting that, however endangered our oral histories may be, our visual perception is even more ephemeral, and the opening shots – blemished and handheld, familiar yet distancing – are all that remain as she retrieves her account from memory. When the sites of a largely invisible, insidious genocide are largely dependent on sight, what can be done of its impermanence?