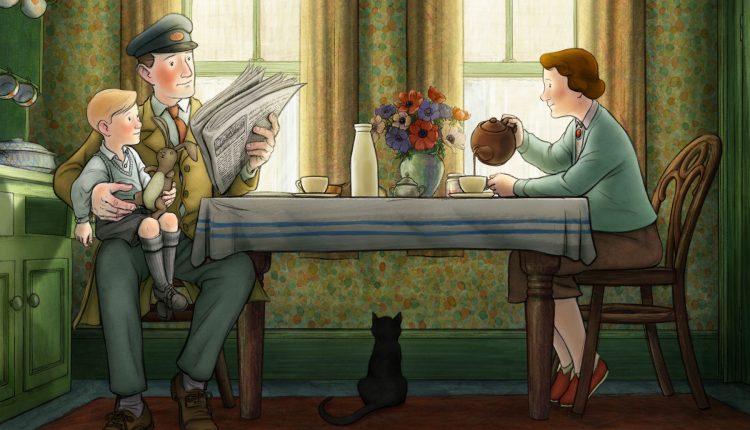 Ethel & Ernest is an animated film adapted from the graphic novel by The Snowman creator Raymond Briggs. Based on his parents’ lives, the story recounts the relationship between housemaid Ethel (voiced by Brenda Blethyn) and working-class milkman Ernest (Jim Broadbent) from 1920s London to their deaths in 1971.

Directed by fellow animator Roger Mainwood, the film is broken into snippets with each scene marking a significant time in the couple’s life, whether it is getting their home or the political changes at the time. This effectively divides it into chapters, which disrupts the flow of the film and provides little room for contemplation. In addition, the primness of the couple prevents any real affection to come through, which can come across as somewhat cold and emotionless throughout most of the film.

The contrast between Ethel and Ernest highlights the importance of social class at that time; the former having lofty ambitions and an almost snobbish attitude to her husband’s roots, while Ernest is just content with getting on with life.  Seeing a couple with such an old-fashioned frame of mind is a stark difference to modern times, though bringing a sense of nostalgia surrounding a simpler life before the digital age.

However, what Ethel & Ernest also presents is a simplicity and charm rarely seen in modern animation. Each vignette is hand-drawn with little details that old-school animation fans will appreciate. Mainwood stays true to the style and tone of the original source material, while Blethyn and Broadbent perfectly voice the eponymous characters with a touch of familiarity.