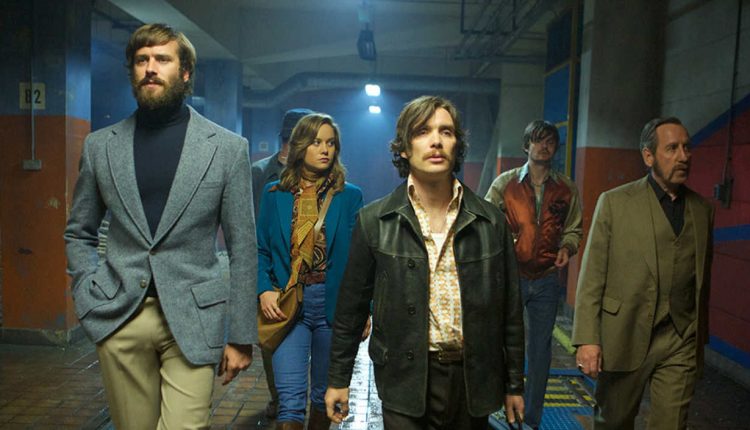 British filmmaker Ben Wheatley is no stranger to the BFI London Film Festival. After premiering Sightseers and High-Rise in past events, this year’s will be showing his new film as its closing gala feature.

Starring an ensemble cast with Brie Larson, Cillian Murphy, Sharlto Copley and Armie Hammer, Free Fire is set in 1970s Boston, which sees a gang of criminals meet in an abandoned warehouse for a gun deal. However, a disagreement quickly leads to an all-out gunfight between the two parties.

Given the film’s concept and with Martin Scorsese as its executive director, it sounds like a solid basis for a crime thriller. But the main problem with Free Fire is its simplistic story that lacks development.  There are no flashbacks or explanations to fill in plot holes or create full-bodied characters; instead, most of the film is one huge shootout with very few twists and turns with one-dimensional players, wasting its talented cast.

When it comes to high-octane action thrillers, audiences may expect certain plot elements to justify the nonsensical shooting but in Free Fire, there are lots of guns and not much else. In addition, the characters have their own quips and are all out for themselves, creating a self-inflicted confusion as a result.

However, the film is a more accessible feature than High-Rise and psychological horror Kill List. Along with its groovy soundtrack and costumes, Wheatley’s direction captures the chaos and comedic ineptness of the characters’ shooting skills, while the script written by him and his wife Amy Jump is full of bad jokes, dark humour and witty comebacks. All these factors make this a fun-filled caper, proving that Wheatley can deliver a crowdpleaser – this one, however, just needs a bit more work.

Free Fire effectively has the banter, fun factor, cast and style, but its lack of story makes it difficult to be taken seriously as a thriller.