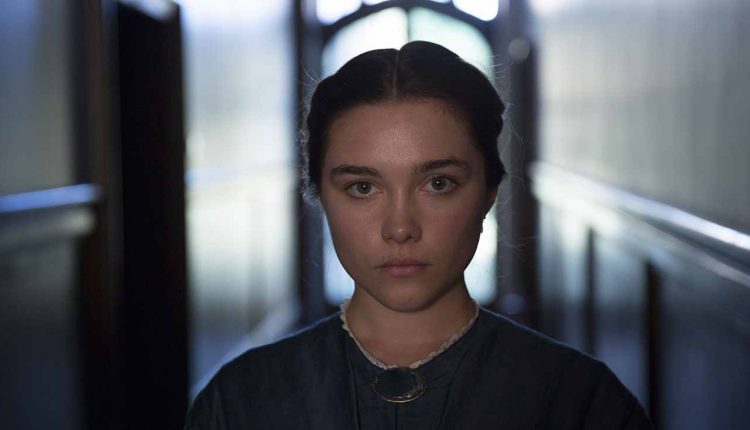 Published in 1865, Lady Macbeth of the Mtsensk District is a Russian novel by Nikolai Leskov. It inspired an opera and a 1962 film directed by Andrzej Wajda, who recently passed away due to respiratory failure. It is now the inspiration of William Oldroyd’s debut directorial feature, with British rising star Florence Pugh in the leading role.

Lady Macbeth is set in England 1865, where young Catherine (Pugh) is sold off to the much-older Alexander (Paul Hilton). As their marriage becomes a passionless union, Catherine struggles with her new life until she meets servant Sebastian (Cosmo Jarvis). The two embark on an intense affair but complications soon arise.

Given the name of the film, the focus of the story is Catherine. Pugh’s outstanding performance conveys a darker side to the outwardly serene character, who chooses to quietly stew on the almost sexist attitudes of her husband and father-in-law Boris (Christopher Fairbanks). While the story progresses, her independent mind and desires almost blind any rationality and given her position and status, she is presented as a cold, untouchable character.

The supporting cast members are also great. Naomi Ackle’s Anna is evidently intimidated by Catherine’s power and status as the lady of the house, and her submissive nature as a maid makes her a pawn in Catherine’s schemes and an object of humiliation for the household. Hilton and Fairbanks make an impression in their relatively short roles, as their hateful, indifferent characters represent the alpha-males and dominate the women of the household with an iron fist. In contrast, Jarvis portrays Sebastian with emotion and a rebellious streak, attracting Catherine like a moth to a flame. As the relationship between him and Catherine unfolds, so does the complexity of the character – he is also driven by his emotions, but they make him question his actions, creating something unique in the film – a character with a conscience.

Capturing the contrast between her home and the quiet and empty fields, Oldroyd’s direction instills the isolation in both environments. The atmospheric quietness of Catherine’s home and the imposed lifestyle leaves a palpable emptiness, which empathises her need for attention and freedom. Combined with Alice Birch’s blunt and effective screenplay, the result is a nerve-wracking, emotionless drama that delivers across the board.