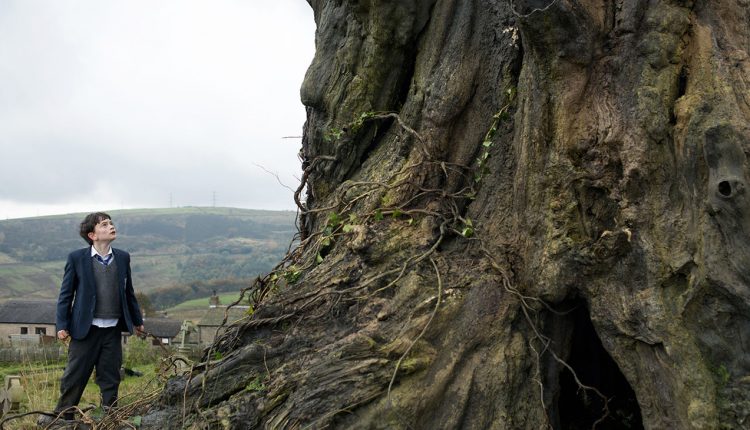 Before succumbing to breast cancer, British author Siobhan Dowd came up with the idea for a children’s novel, which was completed by American writer Patrick Ness after her death. The novel went on to receive critical acclaim, and was regarded as one of the best books of 2011. Five years later, The Orphanage director J.A Bayona brings A Monster Calls to life, with Ness adapting it as screenwriter.

The film follows 13-year old Conor O’Malley (Lewis MacDougall), a bullied schoolboy whose mum Lizzie (Felicity Jones) is suffering from terminal cancer. One night, he witnesses a local yew tree turn into a towering monster (voiced by Liam Neeson), who tells him stories that ultimately help him to face his fears.

Even though it was written for children, A Monster Calls is quite dark as it deals with the themes of loss and denial. As Conor struggles to face up to Lizzie’s predicament, his silence speaks louder than words – he’d rather try and be brave, while delving into a ‘dream world’, instead of facing the grim reality. It occasionally feels like a coming-of-age film yet its fantastical approach engages the imagination without overdoing the bleakness of the piece, creating a balanced narrative.

Ness and Bayona wonderfully adapt the former’s novel to capture the emotional struggle of each character without spoiling too much, and the animated sequences are beautiful and vibrant, showing that watercolours don’t get enough love nowadays. But what makes A Monster Calls so emotionally engaging is its ensemble cast.

Sigourney Weaver, Toby Kebbell and Jones tug on the heartstrings with their characters’ respective struggles, while Neeson’s gravely voice complements the monster’s wisdom and chaotic nature. The star of the show, however, is MacDougall, who is outstanding – with only one cinematic credit to his name before A Monster Calls, he displays the maturity of an experienced actor and incredible ability to convey a conflicting melee of emotions.