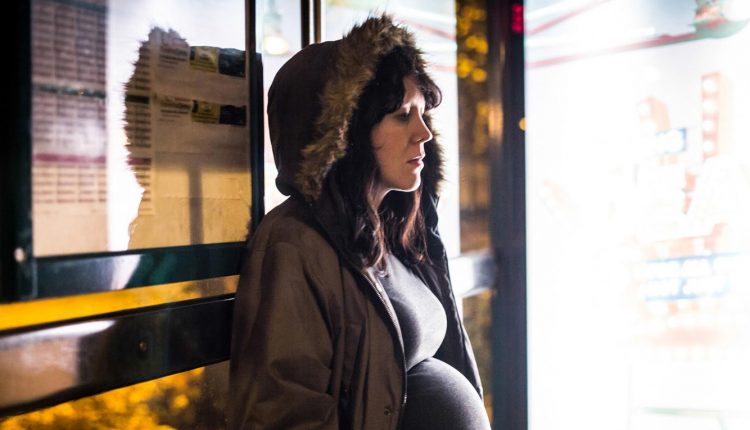 Pregnancy can screw some people up. It can cause worry, abandonment and all-round trauma. However, the debut directorial film by Sightseers actress Alice Lowe shows that being pregnant can, quite simply, make you want to kill someone.

Prevenge follows heavily pregnant Ruth (Lowe), who goes on a murdering spree to avenge her boyfriend who died in a climbing accident. Targeting those involved, Ruth struggles to battle with her conscience, as well as her pregnancy.

On the face of it, the film is a twisted tale of revenge; a woman wronged seeking vengeance with the odd obstacle littered along the way. However, it is not all black and white – the story delves into the complexities of grief, impending motherhood and the idea of moving on from the past. Ruth struggles with these throughout the film, leaving little room for emotional conflict over her actions while reinforcing the idea that there is something seriously wrong.

Ruth’s victims are a varied mix of people. Ruth approaches them while adopting little quirks that lull them into a false sense of comfort, which makes her intentions all the more sinister. Supporting cast members such as Mike Wozniak, Tom Davis and Kayvan Novak make an impact in their own particular way as their respective characters strike a relatable chord in audiences, evoking various reactions to Ruth’s actions.

The star of the show is Lowe, who is able to convey fragility, confusion and downright craziness, while being eight months pregnant in real-life.  In addition to incorporating an ominous visual style to her direction that complements her wry screenplay, her performance as Ruth conveys an evident conscious clash. Her imaginary conversations with her unborn daughter shows a darker side to her psyche, but she is unable to resist the urge to kill. It hints that she is compelled by the remaining part of the love she lost, and so driven by her need for him that it blinds all sense and meaning.

Overall, Prevenge is a witty and humorously dark feature that combines the gruesome of a stalker killer with the deadpan banter of a British comedy.