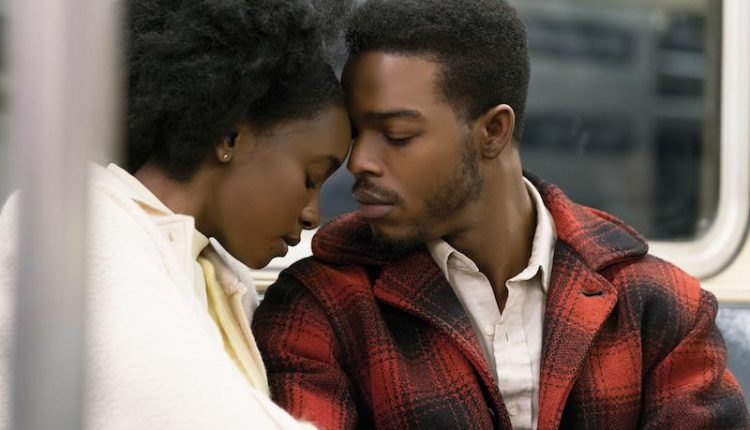 Coming-of-age drama Moonlight was one of the biggest surprises of 2016. Based on an unpublished play by Tarell Alvin McCraney, it was Barry Jenkins’ second directorial feature and went on to infamously beat La La Land to win Best Picture at the 89th Academy Awards. For the much-anticipated follow-up to Moonlight, he is taking on the film adaptation of a 1974 James Baldwin novel.

If Beale Street Could Talk focuses on African-American couple Tish (KiKi Layne) and Alonso ‘Fonny’ Hunt (Stephan James) in 1970s New York. When Fonny is wrongly convicted and imprisoned of rape, Tish and her family fight to prove his innocence and clear his name before she gives birth to their child.

Keeping the story set in the 1970s helps to accentuate the severity of race relations in America during this period, and its New York-based setting enables Jenkins to highlight an eclectic mix of cultures that includes Hispanic, African-American and Jewish citizens. The fact that the harmonious setting is unravelled by the machinations of a racist cop (Ed Skrein) simply encapsulates race-related issues that are still relevant almost 40 years on.

But If Beale Street Could Talk is more than race relations in the 1970s. Fonny and Tish’s endearing relationship is lovely to watch as it slowly progresses from initial apprehension to mutual respect. Layne and James share a wonderful chemistry and thanks to Jenkins’ intimate direction, they are able to convey a myriad of emotions without saying anything.

Even though Layne and James dominate the film, the supporting cast is equally wonderful. Highlighting African-American talent such as Regina King, Colman Domingo, Brian Tyree Henry, Michael Beach and Aunjanue Ellis, they are on hand to incorporate additional themes that may otherwise go unnoticed. Played by King and Domingo, Tish’s parents show support for their daughter’s pregnancy while Fonny’s mother (Ellis) considers it a sin. With convention going against religion, as well as varying degrees of family loyalty, Jenkins beautifully captures the differences between the two families in a spectacular, slow-burning confrontation with unrestrained dialogue that simmers with rage.

Flashbacks charting Tish and Fonny’s relationship are cleverly interweaved in a non-linear narrative and James Laxton’s cinematography is stunning. Jenkins has established himself as a highly skilled auteur with Moonlight and If Beale Street Could Talk is further proof of his talent. The fact that the film is structured as a love story, rather than heavily focus on equality and injustice, makes it a more relatable yet bittersweet feature.

A 117-minute emotional onslaught, If Beale Street Could Talk is beautiful and poignant filmmaking. Spine-tinglingly brilliant.

If Beale Street Could Talk is out in UK cinemas in January 2019.

A Quiet Place 2 To Be Written by John Krasinski