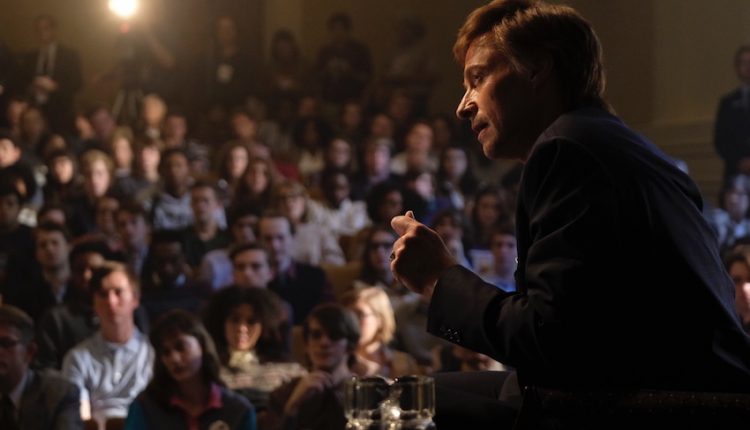 In 1988, former Colorado Senator Gary Hart was the Democratic candidate for the US Presidency. He was seen as the front runner for the position until intense media speculation about his personal life caused him to withdraw from the race. His fall from grace is the subject of Jason Reitman‘s latest film, The Front Runner, starring Hugh Jackman and Vera Farmiga.

Watching the film in the era of Fake News and, it is easy to forget how the world functioned without the convenient speed of social media. The Front Runner is set in the late 1980s – a time when the printed press reported the news and politicians were seen as the voice of the nation. Although the film hints that gossip involving politicians is not taken seriously, it plants the seed that ‘tabloid fodder’ is something that can make and break a career.

The film starts in a whirlwind of meticulous planning by Hart’s campaign team with the firm belief that as the eponymous front runner, Hart has one foot in the White House. So when the story breaks, certain staff members (portrayed by JK Simmons, Moira Ephraim and Tommy Dewey) hint doubts over Hart’s integrity yet are compelled to provide damage limitation – regardless of the casualties.

Jackman delivers a determined performance as Hart, who tries to be the hard man via his policies. However, his stubbornness in keeping his personal life private shows a reluctance to become a prolific figure – something he should ideally be ready for as the potential president. Instead, he chooses to deny it and talk his way out of the chaos, showing a misguided dedication to his goal and a naivety as to what it is to be in the public eye.

Through Eric Steelberg’s detailed cinematography and the elaborate dialogue, Reitman reflects the chaos of political campaigns and cleverly confines the direction to closely capture Hart’s growing discomfort. Despite the invasive approach, it ultimately leaves its audience in the dark as it leaves questions hanging in the air – namely, the truth.

Overall, The Front Runner boasts a strong performance from Jackman, but it doesn’t offer anything new or unexpected in your typical political drama.