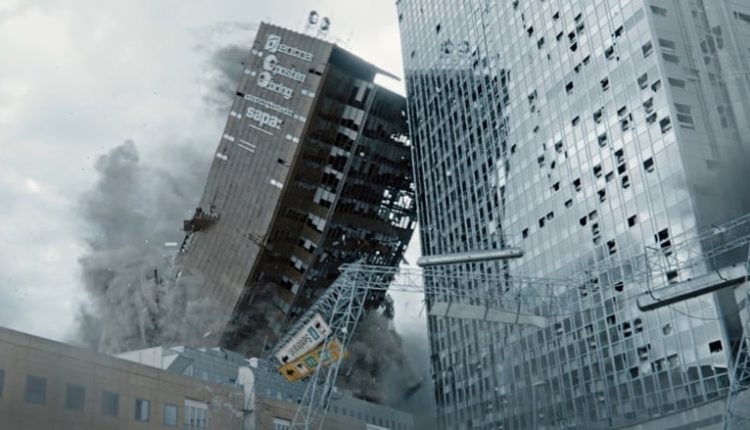 It’s been over one hundred years since the last major earthquake hit the city of Oslo. And, considering it sits over one of the central epicentres for such natural disasters in Northern Europe, it would seem they’re due another big one soon. Seismologist Kristian Eikjord (Kristoffer Joner) realises this. But can he make anyone – including his wife and children – listen before it’s too late?

The Norwegians seem into their disaster movies. In a similar vein to the recent – far superior – action / drama The Wave (2015), The Quake attempts to portray a cataclysmic natural event in all its awesome, terrifying glory. Though the result will (on occasions) shake you, it’s unlikely to stir much emotion.

The real trouble is that the film spends too long getting to its core – the actual disaster – which is after all what you’re really watching this kind of film for. This is a shame because when the earthquake does eventually hit it gives anything California could offer a run for it’s money. There is plenty of family drama in the lead up to the big event, with the central characters of Kristian, his estranged wife Idun (Ane Dahl Torp), and their children Sondre (Jonas Hoff Oftebro) and Julia (Edith Haagenrud-Sande) trying to deal with the disintegration of their family and various other domestic issues. Though this results in some intense, quite moving social interaction, it is all clearly introduced as a means to separate the family when the disaster strikes, in a fashion reminiscent of so many similar Hollywood disaster movies. It seems almost prerequisite that the central characters and their loved ones in such films are separated, so that when the fire, flood, tornado or earthquake takes place, they can spend the rest of the movie facing endless deadly obstacles as they desperately search for their loved ones.

Which of course they do here – though, in an interesting break from the norm, not all necessarily make it to the end. When eventually the quake hits it does so with spectacular style, particularly with the destruction of a tower block hotel where Kristian and several members of his family conveniently just happen to be. And this is where the film falls flat. By its conclusion set in the disintegrating hotel, you can’t help feeling that director John Andreas Andersen and his crew got to the exciting bit and ran out of either time – having wasted too much in the preamble – or money, as there are just a couple of really good set pieces and not much else. Then, to top it all, after everything that has gone before, the film ends abruptly without fully  explaining how the surviving characters actually escape the near death predicament they find themselves in.

I could go on. However I felt cheated by the end as, though it certainly had its moments, there was really only one question I was left asking. Namely what’s the point of a film which spends two thirds of its running time, getting to the main reason for its existence in the first place?