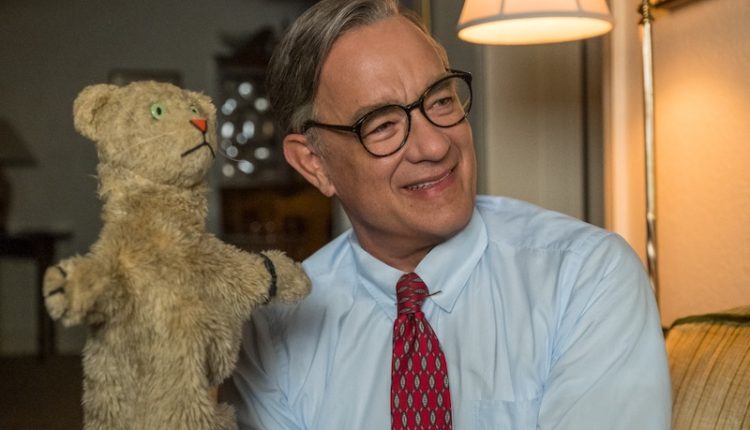 Directed by Can You Ever Forgive Me? director Marielle Heller, A Beautiful Day in the Neighborhood stars Tom Hanks, Matthew Rhys and Chris Cooper. Inspired by a real-life magazine article, the film follows writer Lloyd (Rhys) as he is sent to interview children’s TV host Fred Rogers (Hanks). Initially sceptic about his assignment, Lloyd soon rediscovers the goodness of Mr Rogers on a journey of self-discovery.

When audiences first meet Lloyd, he comes across as an antagonistic person. Not only does this negativity affect his career but it makes him cynical and distant, worsening his relationships with wife Andrea (Susan Kelechi Watson) and sister Lorraine (Tammy Blanchard). A core element of the hatred, as well as the plot, comes from his estranged father Jerry (Cooper), with whom Lloyd shares a fraught relationship.

This is where Mr Rogers comes in. His calm and almost disarming demeanour is so mild and tolerant, it’s hard to believe that he is a real person. Through this reassurance and compassion, Fred allows Lloyd to break down his barriers and reassess his anger.

In his most endearing role yet, Hanks conveys a kindness that reaches every person he meets. As mild-mannered Fred, he reminds audiences to take a moment and appreciate the little things that can become neglected. Together, he and Rhys provide expressive and heartfelt performances that peak during an intimate scene in a Chinese restaurant. In a rare moment of calm, Rhys loses himself in contemplation while Hanks’ bold stare into the camera feels like he has broken through the fourth wall – and as a result, Lloyd’s emotional pain.

Micah Fitzerman-Blue and Noah Harpster’s screenplay reiterates Mr Rogers’ popularity through his interactions with people. With a permanent smile on his face, he evokes a positive response from everyone besides Lloyd – so much so that not even an impromptu subway singalong is enough to melt his heart.

Heller beautifully crafts the story to not only highlight Mr Rogers’ legacy by Lloyd’s emotional journey. The combination of interludes with model sets and a melancholic piano score by Nate Heller offers a sense of innocence and nostalgia. As a result, the protagonists’ rapport becomes less of an interview and more of a friendship.

Overall, A Beautiful Day in the Neighborhood is such a heartwarming film that its feel-good vibes are undeniable. Thanks to Hanks’ lovely performance, it is comfort cinema at its best.