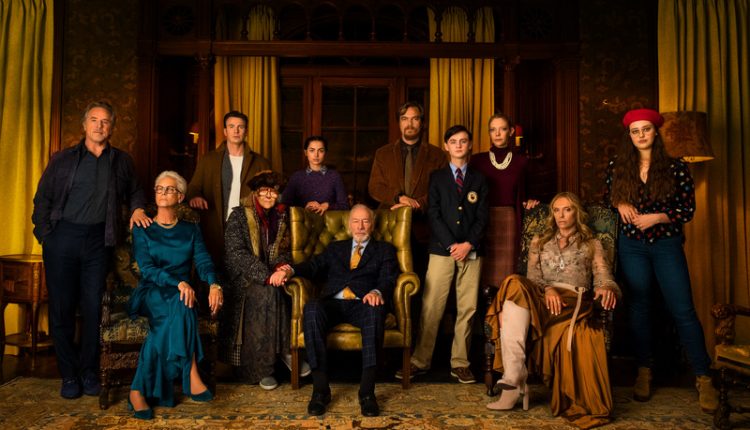 After Looper was released in 2012, filmmaker Rian Johnson planned to make a murder mystery film. Unfortunately, a small feature film called The Last Jedi prevented him from realising this project – until now.

Starring an ensemble cast, Knives Out focuses on the death of murder mystery writer Harlan Thrombey (Christopher Plummer). A week after his body is discovered, the police and private detective Benoit Blanc (Daniel Craig) reunite the family to uncover the truth of what really happened.

From the outset, Knives Out acts as a homage to Agatha Christie’s complex mysteries. By incorporating ‘classic’ elements (car chases, broken conversations, old family mansions) with a modern setting filled with the odd mention of politics, immigration and social media, the film becomes relatable to audiences.

Fans already know that Johnson can structure a great story. His debut feature film Brick highlights his skill to create a slow-burning mystery and Knives Out is a continuation of this. He gradually introduces each suspect and plants the odd twist to provide insights behind the mystery while leaving it open to suggestion. The complex narrative gently builds, as a result, peaking at moments that twist the knife into this growing whodunnit.

Knives Out‘s cast offers a balance of veteran actors (Jamie Lee-Curtis, Don Johnson, Plummer) with those resonating with younger audiences (Craig, Chris Evans, Katherine Langford). Each character complements Johnson’s intricate screenplay and has sufficient development so everyone has a notable role – regardless of whether they have a motive or not.

Leading the charge is Craig’s coin-tossing Blanc. Rather than being a dignified, mysterious sleuth such as Poirot, Blanc’s southern drawl and eccentric methods raise questions about his skills. As the film progresses, he becomes a fun character to watch and an anchor for this mystery. After leaving his tenure with Marvel, Evans is also enjoyable to watch as rebellious Ransom, who leads our characters down an unexpected path.

Amid the acid-tongued Thrombey family, Knives Out‘s only ‘relief’ comes in the guise of Harlan’s nurse, the doe-eyed Marta (Ana de Armas). Untainted by money, the rapport with her patient shows a natural friendship so it’s no surprise to see her so affected by his death. But when Marta finds herself involved in his family’s dramas, de Armas’ expressive performance makes her one of Knives Out‘s more intriguing characters, as well as the driving force in its second half.

A crowd-pleasing alternative from blockbusters and heartwrenching dramas, Johnson’s take on a classic albeit outdated genre offers fresh delight for modern audiences. Smart, creative and entertaining, Knives Out is a rare cinematic treat.