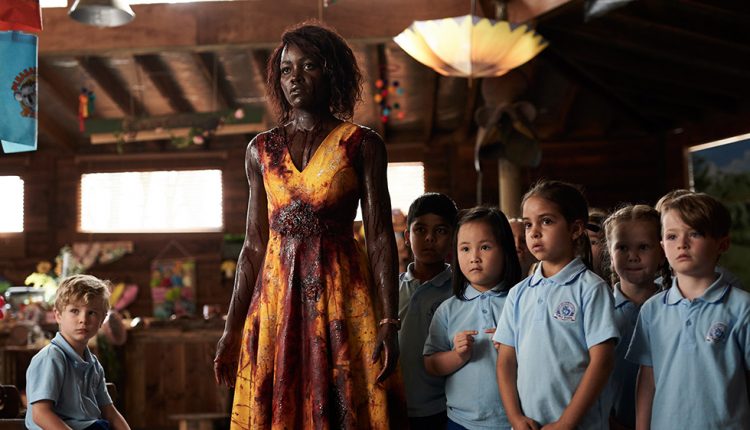 Following his 2016 black comedy Down Under, Australian director Abe Forsythe returns with zombie comedy film Little Monsters. The film follows loser-in-life Dave (Alexander England), who becomes smitten with his nephew’s kindergarten teacher Audrey Caroline (Lupita N’yongo). He quickly volunteers to act as a chaperone on a class trip to impress her, only to have it hindered by a zombie outbreak. Desperate for survival, Dave and Audrey band together to protect the class.

The release of Little Monsters comes at a strange time. Not only does it try and make more mainstream, but it is being released during a time where films and TV shows involving zombies have desensitised the terror of the undead. In addition, the mixed reception from this year’s The Dead Don’t Die has shown that there is a risk of prioritising comedy over the scare factor. Put simply, zombies are no longer scary.

With Little Monsters, Forsythe gives a twist of the zombie outbreak – featuring the most ‘precious’ of targets: young children. Mainly due to adult supervision, the class of supporting characters is among the calmest in the film so they are a strangely reassuring presence. But in such a chaotic setting, they also have proven to be the film’s Achilles Heel as they prevent it from being too gory.

With a key element becoming a major disadvantage, the script and plot suffer from being uneven due to mismatched moments of comedy and unoriginality. These are exacerbated by stereotypical characters such as the immature man, overprotective older sister, and naive sheltered child. With very little in novelty to offer, it is up to the characters to win audiences.

Fortunately, there is an almost relaxed attitude to the narrative that allows Forsythe and the cast having fun. With Little Monsters, the director essentially embellishes a relatively straightforward premise and relatable characters. As a result, there is a sense of creativity in certain scenes, which mainly uses Audrey’s upbeat attitude to improvise the group’s survival.

While England’s Dave is a predictable manchild, N’yongo delivers a great performance as level-headed Audrey. The natural connection with her young wards make her an anchor in the narrative, but shows she can be both ballsy yet endlessly patient. Both she and Dave share chemistry as they put their own fears aside to protect and keep the kids calm while Josh Gad’s pottymouth children’s entertainer offers extra comic relief.

Despite N’yongo’s winning performance, Forsythe’s Little Monsters is fun – but that’s it; while there is some comedy, there are not enough zombies.

Little Monsters is out in UK cinemas on 15 November.