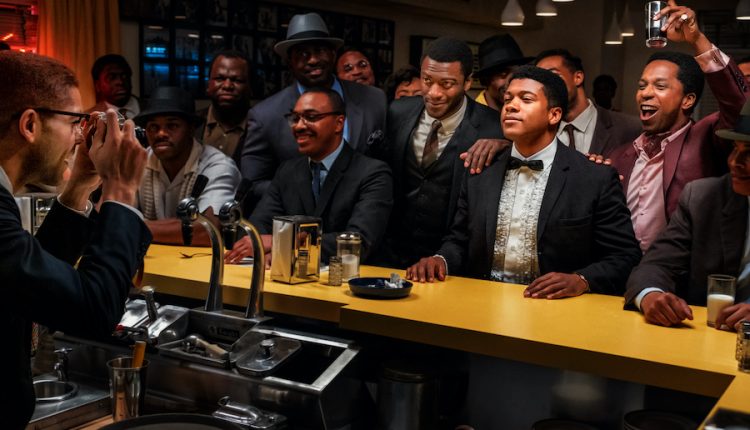 Earlier this year, Regina King became the first female African-American director to premiere her debut film at the Venice Film Festival. Based on the play with the same name, it went on garner positive reviews and was named the first runner-up of this year’s Toronto Film Festival.

Before the film’s title flashes on the screen, One Night in Miami establishes the reputations of its protagonists – all of whom experience a degree of racism. Despite having different careers, their need to succeed highlights a desire to be recognised among Caucasians. Therefore, it is no surprise that Clay’s win sets the stage for the protagonists to unite.

However, it doesn’t take long for a night of celebration to sour. Although he paints himself as a leader of a revolution, Malcolm displays an arrogance and condescending manner. Getting the group together, he tries to encourage them to use their fame to ‘stand up’ to Caucasians. His ‘recruitment’ of Cassius into the Nation of Islam worsens his behaviour and provokes Jim and Sam, who have different opinions on Cassius’ conversion. As the film progresses, the protagonists’ careers and personal interests continue to clash, which increases the hostility between them.

But as Sam eloquently says: “Not everything is as black and white as you make it out to be.” While these men have a certain level of respect due to their success, Malcolm interprets this as power to do more with their fame. However, he seems to forget that they live in a mostly white society. As a result, the group’s uncertainty towards taking action implies a fear that their careers can quickly change for the worse. This especially touches a nerve with Sam, who doesn’t want to risk his success with politics.

Although One Night in Miami is an adaptation, the film stays very closely within its original stage roots. Its timely production design and restrictive settings increase the tension amid the group. They also emphasise Powers’ intense screenplay and King’s collected direction. What makes One Night in Miami, however, is the outstanding cast. From the calm and collected Ben-Adir to the brash Goree, they each offer memorable performances that raise the film to another level.

Overall, One Night in Miami may be playing it safe by sticking to the confines of the original play. But with its engaging performances, strong screenplay and solid direction, it’s hard to fault King’s impressive debut.