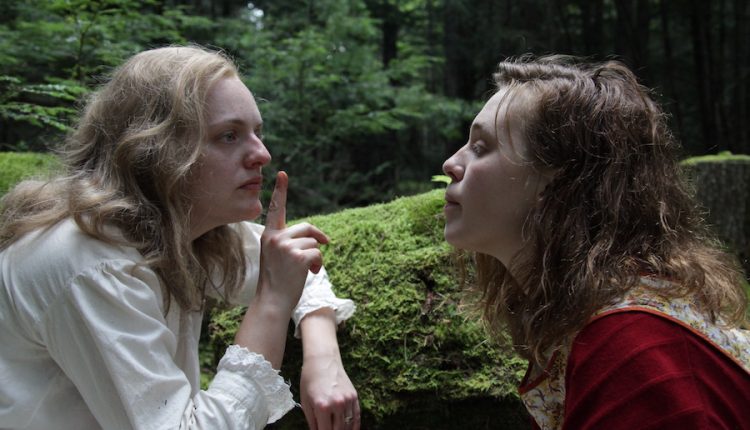 As the eponymous character, Moss is unsettling as Jackson. Abrasive and brusque, Shirley isn’t afraid to portray herself as an atypical faculty wife. However, the film does not pay much attention to her mental health, especially as she also suffers from agoraphobia. Instead, her peers dismiss her wellbeing due to her hostility while Stanley’s upbeat demeanour further casts her in a bad light. The only way she seems to express herself is through the creation of her ‘heroine’ Paula, allowing her to delve into a dark fantasy involving Rose.

Stanley doesn’t help matters either. Despite being all smiles and liveliness, his passive demeanour fuels his condescending manner and displays an arrogance due to his standing in Bennington College. This also reinforces his antagonistic attitude to Fred, who is portrayed as an opportunistic and neglectful husband.

In contrast, Rose has a deeper role in the film. She and Fred barely have time to settle in before she takes on the role of housekeeper. However, her growing housebound presence subsequently makes her a target for Shirley and Stanley’s machinations. Between their flirting and barbed comments, Shirley’s increasing dependence gives Rose a sense of purpose after an unexpected pregnancy halts her education. Gradually, her lady-like submissiveness turns into resentment that estranges not only her hosts but also her husband, as well as deepens her fascination with Shirley.

Thanks to Moss and Sthulbarg’s performances, the complexity of Stanley and Shirley’s relationship highlights their disturbing and unsettling lack of empathy. This not only obscures the extent of their narcissistic nature but also makes them hard to resonate as characters, especially when they reveal their true natures.