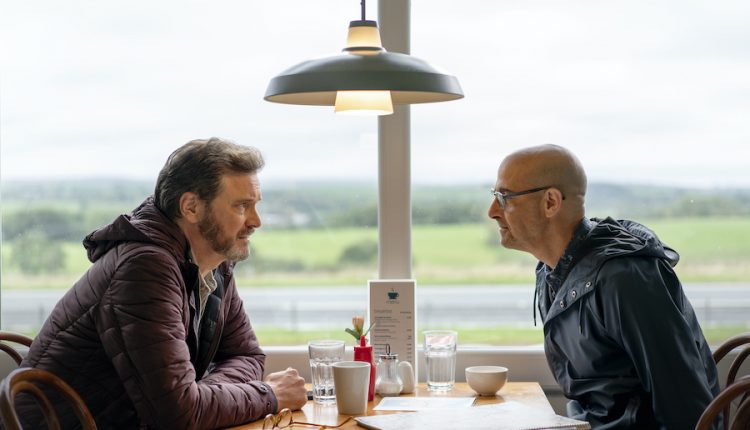 Starring Colin Firth and Stanley Tucci, Supernova is the second feature by British actor and director Harry Macqueen. The drama revolves around couple Sam (Firth) and Tusker (Tucci) as they travel across England to meet up with friends and family.

Supernova starts slow as we see two middle-aged men on a road trip bickering like any married couple, with Tusker seemingly progressing on his latest novel and Sam on his way to take part in a piano recital. However, this mundane tone shifts as there is a hidden purpose to this road trip.

Supernova gradually becomes a character-driven piece with the issue of dementia and how it affects others being its focal point. From the outset, Tusker openly shows signs of early-onset dementia but has seemingly accepted his condition, making ‘memory’ tapes and refusing his medication. The trip also allows the couple to reunite with friends so Tusker ultimately enjoys their company. However, we gradually realise that his condition is taking his toll, which leads him to a difficult choice.

On the other hand, Sam is evidently struggling with his duties. More emotionally open about Tusker’s condition, Sam is more concerned about his partner’s wellbeing than his own career. With his partner’s reluctance to plan ahead, Sam seems unsure about their relationship but with a silent scene involving some trinkets catalysing Supernova‘s final act, the depth of Sam’s sacrifice and Tusker’s sorrowful resolve becomes apparent.

Behind the camera, Macqueen subtly sets up the core relationship through his intimate direction, which is beautifully complemented by Dick Pope’s stunning cinematography. Macqueen’s camerawork also emphasises the tender chemistry between Firth and Tucci, who deliver delicately engaging performances.

Overall, Supernova is a sensitive, heartbreaking journey with emotional performances from its two leads.