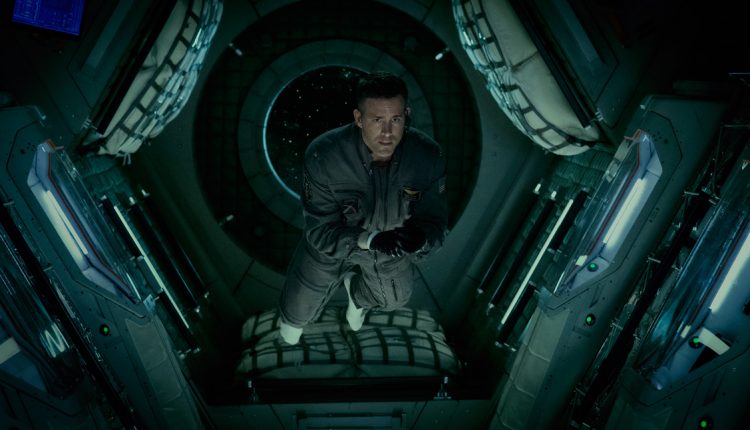 The perils of space exploration have long been a handy starting point for moviemakers. 2001: A Space Odyssey, Alien and Gravity have all successfully tapped into our fears of what dangers lurk beyond Earth’s orbit. Daniel Espinosa’s Life, a claustrophobic thriller about a team of astronauts who make first contact with extraterrestrial life, might not do anything we haven’t seen before but it’s an accomplished effort all the same. Serving up plenty of Zero-G scares, it’s a well-crafted and gripping adventure that never quite finds its own unique voice.

The plot apes all the familiar lines of the trapped-in-space genre. In a bravura opening sequence which unfolds in one, seemingly unbroken tracking shot, the crew of the International Space Station intercept a research pod from Mars carrying the planet’s first signs of life. The single-cell organism, christened Calvin, initially charms the crew with its remarkable biology. But as Calvin rapidly evolves beyond control, it becomes clear this alien visitor is far more advanced than its human hosts. And it’s not particularly friendly, either.

Espinosa wastes little time getting down to the messy business of offing his starry cast members. Whereas its closest influence, Ridley Scott’s Alien, spent close to an hour setting the scene before its titular monster burst out of John Hurt’s chest cavity, Life is barely half-an-hour old when its extraterrestrial guest takes a nasty liking to one of the crew’s hands.

That might be perfect for those with tiny attention spans, but it’s not quite as effective for characterisation. Having populated the ISS with the obligatory motley crew, screenwriters Rhett Reese and Paul Wernick (Zombieland) give everyone just enough definition to pick them out in the melee for survival. Ariyon Bakare is a giddy microbiologist; Rebecca Ferguson is a cautious quarantine officer; Hiroyuki Sanada’s flight engineer is an expectant father; Ryan Reynolds’ mechanic is the class clown; Jake Gyllenhaal plays a misanthropic doctor; and they’re all led by Olga Dihovichnaya’s stern Russian commander. Espinosa rarely pauses long enough to develop these characters further, and it’s down to the stars’ natural charisma that they’re just likeable enough for us to hold our collective breath every time they tussle with Calvin.

And it’s when the title monster is on screen that Life is at it’s dizzying best. Part Solaris’ sentient planet and part shape-shifting alien from John Carpenter’s The Thing, Calvin rapidly grows in intelligence as well as size, allowing it to easily evade capture and thwart the crew’s attempts to shoot it into deep space. The disturbing creation also possesses super-strength, capable of crushing bone or liquifying vital organs, which affords Espinosa plenty of opportunities to indulge in a spot of gruesome zero gravity body horror. It might not have the brains or originality of its influences, but as a schlocky space horror movie, Life ticks all the boxes.