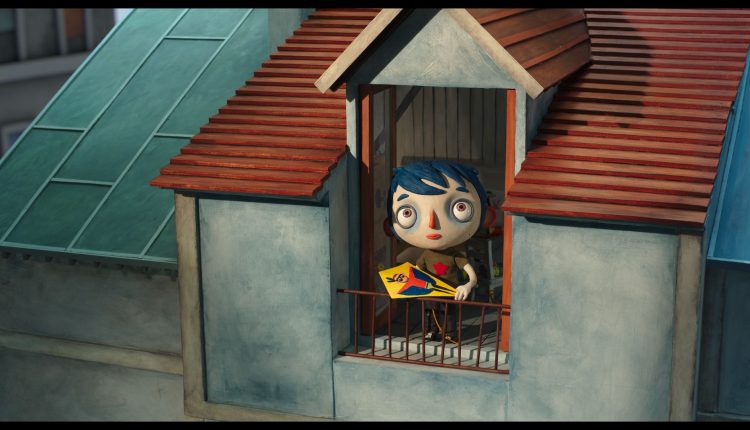 When a debut animated feature by Swiss filmmaker Claude Barras was nominated alongside Disney and a co-production with Studio Ghibli in this year’s Academy Awards, it raised a few eyebrows. But with a screenplay by Girlhood director Céline Sciamma, this short yet sweet debut is a surprising coming-of-age film.

Based on the 2002 novel by Gilles Paris, My Life as a Courgette (original title: Ma Vie de Courgette) follows a young boy called Zucchini (voiced by Erick Abbate), who is sent to a foster home after the death of his neglectful mother. There, he begins to bond with the other foster kids and settles into his new home.

The film deals with surprisingly grown-up issues that darken’s the sweet, innocent animation. Themes such as bereavement, neglect and companionship, along with concerning psychological behaviours are subtlety dealt through Courgette and his eccentric friends, which marks a contrast to many animated films that have a tendency to build up a fantastical reality. As a result, My Life as a Courgette is a refreshingly bold feature that isn’t afraid to delve into darker psychological issues among children.

But this feature retains its innocence via its clever animation and its focus on the feel-good factor. Barras guides audiences through the film by allowing them to watch life through Courgette’s guileless eyes, so every emotion and connection he experiences touches the heart. The bright colours of the film and the controlled vocal performances from a cast that includes Ellen Page, Will Forte and Amy Sedaris appeal to adults and children alike, and is definitely on the route to become a modern classic.

Overall, My Life as a Courgette is utterly charming. Beautifully animated and incredibly sweet, it is an entertaining feature debut from Barras.

My Life as a Courgette is out in UK cinemas on 2 June.