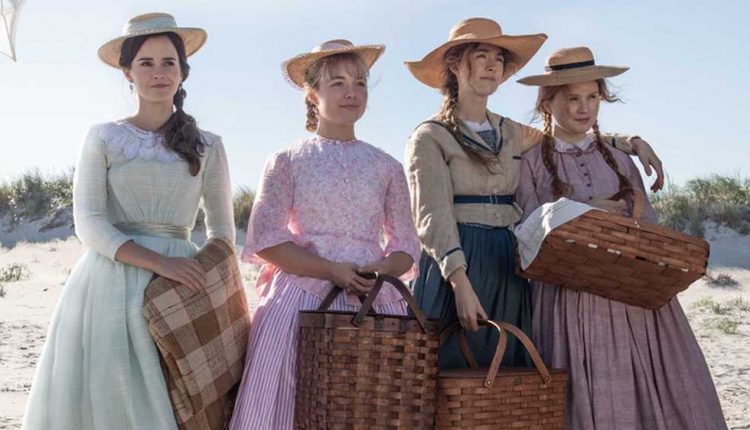 On paper, Little Women is the perfect follow-up for Gerwig. After her becoming the fifth female Best Director nominee in Academy Award history, there was a need to prove that she is the real deal. Now, only two years since Lady Bird, she solidifies herself as a filmmaker with her take on Alcott’s novel.

Complementing a non-linear narrative, Little Women‘s colour differentiation highlights the girls’ romanticised lives and the bleak truths of adulthood, where death and hardships offer a heavy dose of reality. Through her direction, Gerwig slowly reinforces their sisterhood and feminist values while focusing on the Marches’ poor lifestyle. This simplistic life feeds the sisters’ seemingly materialistic dreams of security, but the fact that they are essentially reliant on a man to ‘rescue’ them from their humble lives offer a practical yet ironic turn.

Gerwig also reflects this lack of independence in her inspiring screenplay. The emotionally charged dialogue conveys the impossible situation unwed women have to face, as well as the characters’ frustration of being seen as inferior during this era. This is epitomised by passionate speeches by Jo (Ronan) and Amy (Pugh) – notably the only sisters chasing their dreams – who aspire to be more than husband-seekers. Unfortunately, their views aren’t supported by the grouchy Aunt March (Meryl Streep), whose traditional views only serve to pressurise the sisters.

Cast-wise, Ronan and Pugh shine amid this ensemble cast and both share an engaging chemistry with Chalamet, whose performance as immature Laurie lifts the level-headedness of the sisters. In addition, Streep offers a strong supporting performance and makes a bigger impact than Dern, Watson and Cooper.

Moving and unapologetic, Gerwig’s vision of Little Women doesn’t dissolve into romance and sentimentality. Thanks to her and her wonderful cast, it is hard to fault.