If you’ve already heard a lot of the praise heaped upon this movie, the latest release from the Coen brothers, then you already know what to expect. Because every bit of praise is well deserved. Inside Llewyn Davis is a joy from start to finish. It looks beautiful, mixes plenty of humour with bitterness and moments of pathos, and benefits from perfect performances from everyone onscreen.

Oscar Isaac stars as Llewyn Davis, a young folk singer bumming around the Greenwhich Village scene in the early ’60s. He used to have a singing partner, but now works solo. As he struggles to catch a break, while making use of any sofa space allowed to him by anyone he has yet to alienate, it becomes more and more apparent that the biggest obstacle for Llewyn Davis is . . . . . . . . . . . Llewyn Davis. 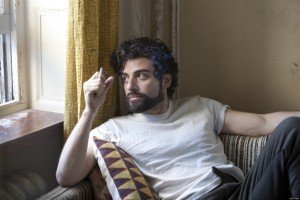 As is the case with most of their movies, this is both directed and written by the Coen brothers (Ethan and Joel), and their unique sensibilities once again line up perfectly with their cinematic nous. The cinematography by Bruno Delbonnel is stunning, on a par with anything else in the filmography of the brothers. I hate to use the cliche, but you could almost take every frame and hang it up as a work of art. And, appropriately for a film about a singer, the soundtrack is equally wonderful. I’m not a huge fan of the music featured in the movie, but it won me over from the very first song and I’ll probably buy the soundtrack at some point. That’s how good it is.

The script is a delight, full of great lines and also great characters, with everything elevated by the cast. Isaac is fantastic in the lead role, selfish and insensitive as he keeps trying to move up in the world without realising that he is his own worst enemy (despite people spelling it out for him). Carey Mulligan and Justin Timberlake are both very good as the two people closest to him, for better or worse. The former is always pretty great, of course, but Timberlake gets to be quite sweet and funny with his limited screentime. John Goodman and Garrett Hedlund portray two men who Isaac ends up alongside during a road trip that veers between bizarre and utterly hellish. Hedlund is fine, although his character is only given a few lines, but Goodman once again rewards the Coen brothers with another of his best turns. Elsewhere, Max Casella, Adam Driver, Stark Sands, Ethan Phillips, Robin Bartlett and F. Murray Abraham step in to populate this world, each and every one fitting perfectly into their allotted roles. 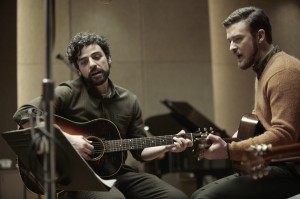