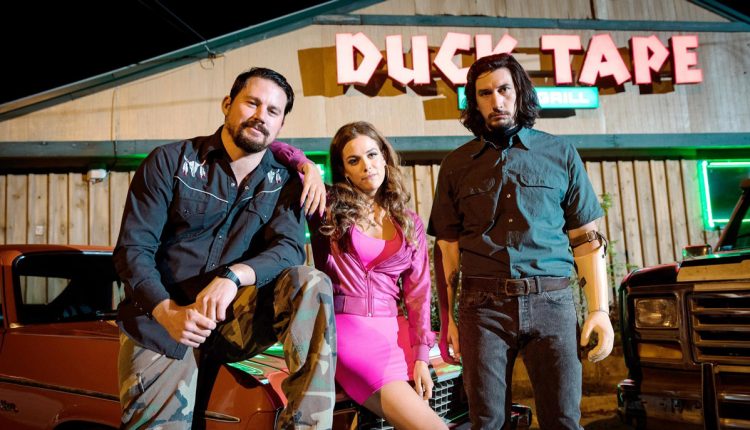 A heart-warming tale of luck.

Logan Lucky (2017) is a comedy-heist set in the Deep South, featuring the exploits of Jimmy (Channing Tatum) as he convinces his brother Clyde (Adam Driver) and sister Mellie (Riley Keogh) to participate in a daring and over-the-top Southern Style Ocean’s heist.  Along the way, they are aided by a convicted safe-cracker Joe Bang (Daniel Craig) and his two brothers, Fish (Jack Quaid) and Sam (Brian Gleeson).

Immediate comparisons can be made to the Oceans films directed by Steven Soderbergh: the set-up expositions- Jimmy explaining his complex plan; comical brother banter- Fish and Sam could pass for a fair representation of Virgil and Turk and the (spoiler free) twisted ending draws a striking resemblance in film style.

The sound track is bang-on.  The feel-good vibes of classic rock songs blend succinctly with the action on screen.  John Denver’s Country Roads song is sublime; especially the pageant singing scene where a community vibe is felt: Deep South hospitality at its finest which sums up the film’s most prominent good point- the movie’s good nature.  Its use of subtle humour, like explaining how to create an explosion with Gummy Bears, works well with characters delivering quality lines: Adam Driver’s drawn-out “Cauliflower” to name one.

How much bad luck can one person have?  Jimmy should certainly stick to his documented tips on planning a robbery and it is nice to see these referenced several times throughout the film; suggesting a hidden complexity to Jimmy’s nonchalant character appearing as “just a miner” in the opening.  Across many scenes, Soderbergh uses the idea of luck and this works out well, most notably when Clyde’s arm causes an issue towards the later stages of the film.

Onward to the end of the film: if there is one complaint, then it would be the film itself did not apply Jimmy’s final tip for a robbery.  Towards the end of the film, things seem to drop somewhat; there are plenty of resolutions and an unnecessary character hastily inserted and “developed” with no real need.

The DVD comes with two deleted scenes: one giving some foreshadowing to the heist, one being completely irrelevant and with good reason was omitted.

Overall, Logan Lucky is worth watching: it doesn’t extend the genre nor will it leave you with thought-provoking analysis but it will leave you feeling warm inside: even the unluckiest of people can have some luck.