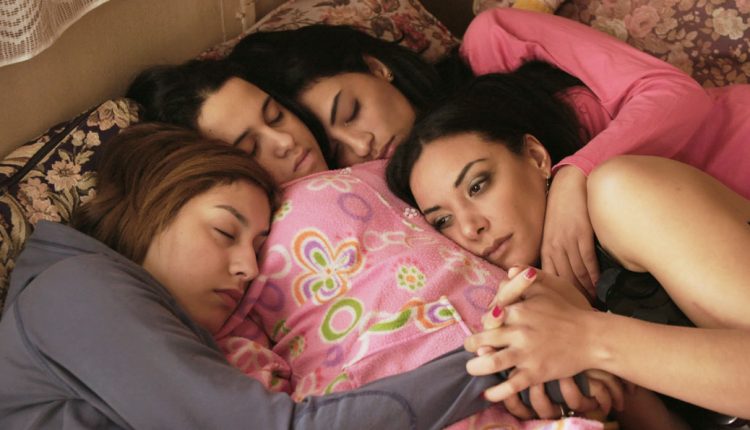 One of the wonderful things about general international film festivals like the BFI London Film Festival is that, unlike themed festivals, here everything goes and consequently there are always a few hidden gems that would otherwise go unnoticed in the mainstream. Sometimes these films themselves are great and sometimes it is the effect they have on the public, the commotion caused in other countries that doesn’t make it to our media. In many ways these films are as important to the festivals as the big blockbusters – and proof that sometimes the real artistry happens between the opening night and closing nights.

Nabil Ayouch’s new film Much Loved is one of these films. Seemingly a small, personal film about prostitution in Marrakesh, Much Loved has garnered both praise for its bold, daring approach to a sensitive subject and death-threats levelled at both the director and the stars from the public, and a legal charge of obscenity and pornography from the Moroccan authorities. What began as an important film about a devastating social issue has become also a statement from the director on the importance of the freedom of expression and an artist’s autonomous right to produce work of meaning and cultural power.

Much Loved tells the story of four women fallen into prostitution in Marrakesh and the lives they’ve tried to construct for themselves around their routine of glamour and squalor. The central character, played with a fearless energy by Loubna Abidar, looks after a group of women who live together in communal housing and spend their days arguing and bickering with each other, laughing and sharing stories, drinking and watching films – one of the women even takes her earnings to her mother who is looking after her sick child, this she does wearing her traditional head-scarf. That happens by day. By night, their clothing is far more revealing, as are their actions. Their services are rendered to rich Arab businessmen and the wealthy element of Moroccan night life. Their charms are assessed, measured, valued, judged and eventually sold. Despite the sheen of money, alcohol and attention, there is certainly nothing virtuous about what they do.

Whilst some of the men are content to conduct business in the time-honoured tradition, exchanging gifts and alcohol and money for nameless attachment-free intimacy, others are more overt in their views on women and let their pent-up loathing for both themselves and the women bubble dangerously to the surface. Yet others are more sedate, even caring – one man in particular, Ahmed, would rather be read poetry than indulge in carnal pursuits – though even this, we sense at the time and have later confirmed, is not destined to last, indeed, is destined to end badly.
Technically, Much Loved is very well crafted. All shot on location, there is something sensuous about the way Ayouch’s camera lingers but never intrudes, revealing every last nuance of the women and their actions and sweeping movements and lush colours. Much of the film is shot at parties at night, where the women are dressed in their finest and the camera lets them look as good as they need to look in order to attract the highest bidders. Even the scenes that take place at the women’s house are good to look at, they are grittily shot but Ayouch eschews the usual grittiness-as-handheld method that many directors employ, and instead lets the framing of the women and their surroundings tell the story.

All the women are very good non-professional actors. Ayouch has stated in an interview for French TV that all of the women in the film are from the same neighbourhood as the prostitutes he is portraying, some of them were even neighbours. This non-professionalism lends the film an authenticity that would be completely lost were any of the women even remotely recognisable. Their closeness to the subject matter in real life is transferred to their performances, and what could have easily been a low-key, documentary style take on Marrakesh’s seedy underworld suddenly becomes, not only a film that will start many serious debates, but also a very good film in its own right.
Debate is the main aim here. In that same interview Ayouch stated that the main goal of his cinema is to start these debates, to show the world a section of the Moroccan people that the rest of the country neither wants to hear nor see. And as long as this blindness goes on, the women of Marrakesh in this position will continue to be denied the liberties due them. Much Loved has been banned in Morocco, which is a shame – apparently in many places it has been boycotted without even being seen. I understand that a country like Morocco will have stauncher and stricter standards for what is acceptable to show on screen, but I can’t help feel something more is at play here as Much Loved, though unflinching and in many places unpleasant, is far from explicit. In fact, there isn’t even very much nudity. All I can think is the subject matter has resulted in the film being banned and that is certainly not where we want cinema to go. What’s great though, is that Ayouch can still raise the awareness that is necessary for his film to be considered part of its serious project on gender and abuse as it is being released in France and will no doubt be very successful in festivals around the world.

This is a very powerful film then. Indeed, not one for a Sunday afternoon, but in its fearlessness and its intent it should be seen.