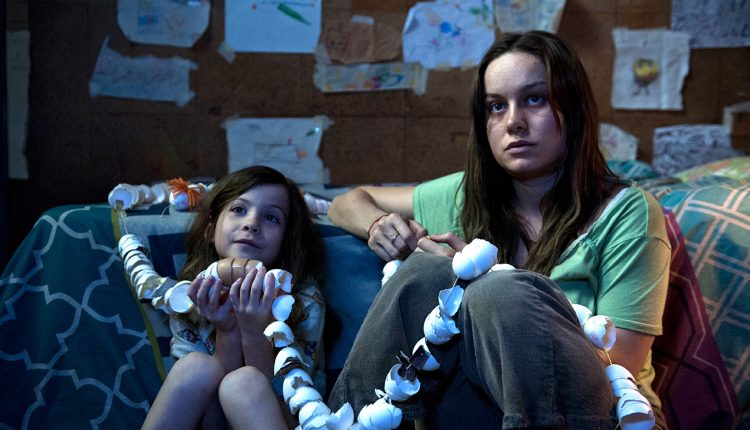 Last year, Irish film director Lenny Abrahamson directed an offbeat film about a musician with a papier-mâché head that attracted mixed reviews after its premiere at Sundance Film Festival.  This year, he has adapted the 2010 best-selling novel by Irish-Canadian author Emma Donoghue, which is already receiving Oscar buzz for its leading lady and her young co-star.

Room centres around Ma (Brie Larson) and her five-year-old son Jack (Jacob Tremblay).  Having lived in a single room for his entire life, Jack believes ‘Room’ are the only things that are ‘real’ whereas things seen on TV are ‘magic’, when in reality, they have been imprisoned by Ma’s kidnapper Old Nick (Sean Bridgers).  As Ma believes her captor will never let them go after seven years in captivity, she devises a plan for her and Jack to escape.

Inspired by the Fritzl case in 2008, Donoghue’s original novel delves into the psychological effects of not only long-term imprisonment but what comes afterwards.  Adapting her novel into a screenplay, she captures Jack’s innocence and Ma’s determination, as well as their mutual struggle to accept what has happened and what is to come.  Abrahamson directs the picture with less whimsy than Frank and it clearly pays off; his sensitive yet honest depiction of the characters’ struggle is harrowing and filled with such sentiment that it is hard not to be touched by their experience.

Cinematographer Danny Cohen perfectly captures the claustrophobia of ‘Room’ yet manages to make it in to a credible space.  As a viewer, it is easy to wonder how two people can live in such a small place but using close-ups of Ma and Jack, he creates an intimacy between them that makes the audience believe they are the only people in the world – or, more specifically, their world.

With regards to the performances, Larson and Tremblay are, in a word, outstanding.  They share an unmistakable chemistry and bring equally emotional performances out of each other.  Larson’s complex portrayal of Ma is breathtaking and with such an emotive and occasionally troubled role, newcomer Tremblay tackles it with conviction without losing his innocence.

Room is breathtaking filmmaking, and Larson and Tremblay deserve praise for their brilliant performances.  A highlight of LFF.