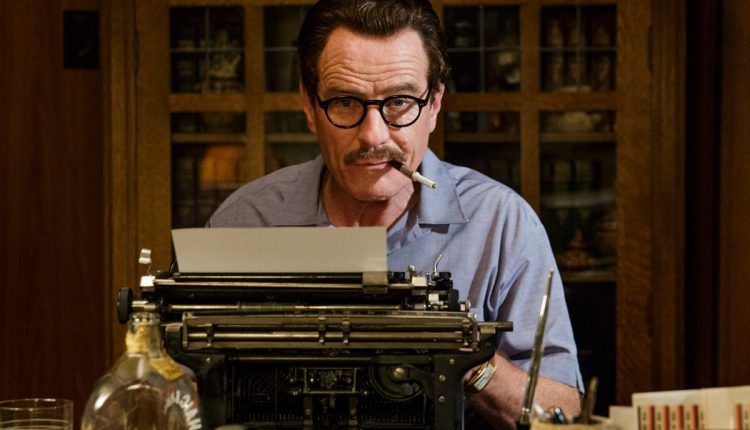 American director Jay Roach hasn’t really done biopics.  With films such as the Austin Powers films, The Campaign and Meet the Parents, creating a film about one of Hollywood’s most renowned screenwriters doesn’t fit in with his normal style of comedy.  But after three years since his last film, he is taking a bold, yet mature, approach with his twelfth feature Trumbo, starring acclaimed actors Bryan Cranston, Helen Mirren and Diane Lane.

Cranston plays Dalton Trumbo, a Hollywood screenwriter who was blacklisted in the late 1940s for his Communist beliefs.  After being jailed, he struggles to find work and respect among his peers, while contending with the US Government, gossip columnist Hedda Hopper (Helen Mirren) and financial commitments.

Based on Bruce Alexander Cook’s biography, the film paints Hollywood as a patriotic yet money-grabbing industry, brushing aside the glitz and glamour normally depicted.  In a way, this is Trumbo’s Achilles’ heel; it is hard to empathise with a protagonist who has an unpleasant side.  Cranston’s Trumbo is portrayed as a workaholic who’d prefer to sit in the bathtub looking over screenplays than have cake.  Hopper essentially has the men of Hollywood by the balls if they don’t bow to her demands.  Even Trumbo’s friends, played by Michael Stuhlbarg and Roger Bart, decide to forsake close friendships to save their own skin.  In short, it is difficult to root for any particular character, even if they try and do the right thing.

The film also lacks humour; for a feature about a person whose career was to wow its audience with words, TV screenwriter John McNamara’s script has odd jokes and flows well, but there is not enough wit to last the slightly overlong 124-minutes running time.

Trumbo essentially capitalises on the strength of the performances of its cast.  Cranston is quirky, grumpy yet quietly determined, who manages to succeed despite being blacklisted, Mirren looks like she is having a great time playing a bitch and both Lane and Elle Fanning are charmingly endearing as Trumbo’s long-suffering wife Cleo and daughter Nikki respectively. John Goodman has a short appearance as studio boss Frank King, but commands the standout scene in the film.

Overall, Trumbo benefits from the character-driven performance of Cranston, but the script and direction doesn’t match in terms of quality.