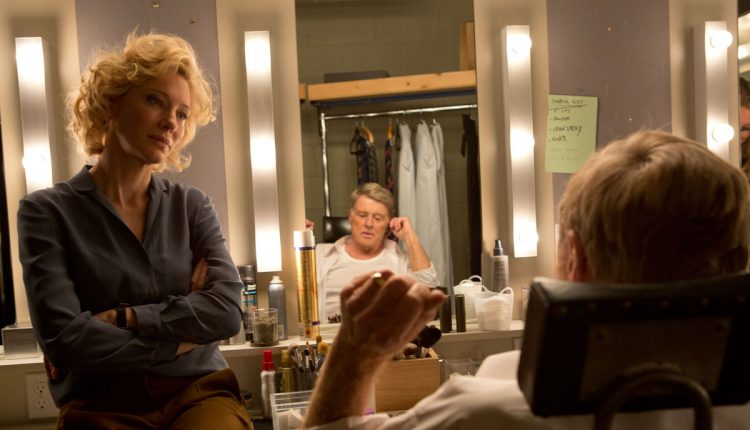 In 2004, US news programme 60 Minutes broadcast a report casting doubt about George W. Bush’s career in the Air National Guard during the 1970s.  What followed was a stirring controversy not of the then-President’s military career, but of the documents that supposedly proved that he avoided training and active duty.  Known as the Killian documents controversy or ‘Rathergate’, it led to the firing of CBS producer Mary Mapes and, later, became the focus of her book, Truth and Duty.  Ten years after its publication, Zodiac screenwriter James Vanderbilt has adapted it for his directorial début.

Truth takes place several months before the 2004 US Presidential election, when the report on Bush initially broadcasted. The film follows Mapes (Cate Blanchett), news anchor Dan Rather (Robert Redford) and several CBS staff, as they try to unravel the truth behind the documents that threaten their credibility.

The film starts off well as the story forms a crusade of sorts for Mapes; finding out about the then-President, while confronting obstacles and dismissive sources.  But when the controversy breaks out, the pacing feels faltered and the focus of the report – Bush’s involvement in the National Guard – is essentially lost in the chaos as characters go back and forth over superscript.

Truth highlights the initiative and perseverance of journalists, especially when it comes to key stories and following leads. However, it feels like the characters are thinking more of the outcome and possible influence on the forthcoming election that in the end, they forget to solidify their story.  To add to this, there is a lack of positive closure; the controversy had severe repercussions to CBS and ended many careers, but the fact that the controversy remains unsettled to this date reiterates that the ordeal feels unfinished.  The last five minutes or so tries to uplift this downbeat mood but it instead comes across as over-sentimental.

However, Vanderbilt directs the feature with class and a keen eye for detail, while his screenplay is excellent and consistent throughout.  It is sharp and well-delivered by his cast, who give brilliant performances.  Blanchett, in particular, is on top-form as the tenacious Mapes and Redford looks comfortable as the veteran journalist Rather.  The chemistry between the two characters is reflected well as a mentor/protege and father/daughter relationship, and both Blanchett and Redford effortlessly steal the limelight away from their notable, yet underused, supporting cast, including Elisabeth Moss, Topher Grace and Dennis Quaid.

Overall, Truth is a strong début for Vanderbilt and features great performances from Blanchett and Redford, but its one-sided and incomplete narrative is unsettling.

Truth is out in UK cinemas on 16 October.